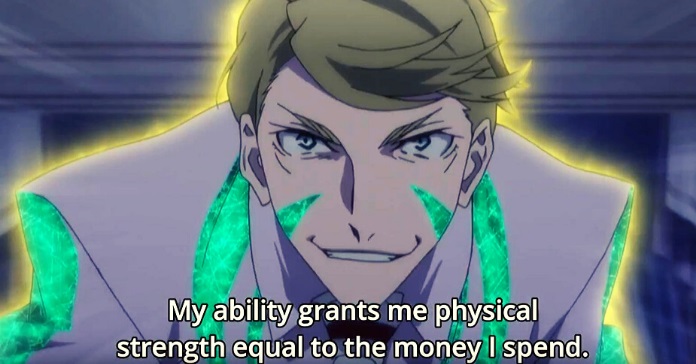 With all the games coming out right now, one question will always come up: Is this game pay to win? Let’s be honest, gaming is an investment of either your time and effort or money, or both. But what irks most gamers is when you’ve put a lot of effort and time into a game and then here comes another player who just bought their way up the ladder, effectively saying that your time and effort is all for naught. When this happens, is the game automatically a “pay to win”? The answer may be more convoluted than you think.

So what really is a Pay to Win game?

A pay-to-win game, or more commonly known as Pay 2 Win (P2W), offers the option to spend real-world money to get a huge advantage over the majority of players in a game. This can mean either you’ll get access to certain features or have exclusive items otherwise not available to other players. An example would be a game that offers you the most powerful weapon with insane stats no amount of grinding or leveling can ever achieve for a price, of course.

Other P2W games are more indirect in their approach. They implement what’s called as a VIP system, where you get pay to get into, and then afterwards, you’ll get access to more features. VIP packages would almost always include some powerful weapon, a costume with insane stats, exclusive pets a free player will never get, a huge daily allowance of game currency, materials, items, etc. In short, these are the things that will take forever for normal non-paying players to get.

While pay to win and pay to progress (or pay to advance) seem like they’re the same, there is a thin line that separates these two. Yes, you’re still paying for in-game benefits with pay to progress games, but this only serves to speed up your progress, be it a higher drop rate when looting, or twice the experience gained when defeating enemies. Think of it as a small nudge forward and nothing more. It’s temporary and only serves to lessen your grind time. Other forms of pay to progress are the game packages we often see offered to new players, which consists of starter weapons to help you defeat mobs, or costumes with no special stat boosts attached but still accessible to a free player via grinding for materials. This system usually helps players progress easier in a game but only to a certain point.

A good example of this is when RF Online went free to play. Every feature the game has to offer is open to you from, the most powerful armor sets to the highest achievable weapon tier. What they offered to players in their premium shops were gameplay boosters like having double the amount of drops and XP that will only last from seven days up to a month. Other games like Black Desert Online and Runescape sell game currency for real money, but again, these are temporary items and will not last indefinitely. An example in the mobile platform is GAMEVIL’s Royal Blood MMO. The most powerful weapons cannot be bought and is only achievable by grinding and collecting all the materials needed to craft the weapons.

So, which one is better?

Essentially, these are two types of monetization game developers and publishers implement to help with their business. Which one is better? Well, generally, pay to progress is seen as a more fair system because there is no feature that is locked out for non-paying players. And in reality, while most of a game developer or publisher’s profit may come from paying players, the free or non-paying players usually are the ones who boost a game’s popularity. A game is easier to recommend to friends and family if they don’t need to spend anything to play it.

However, pay to win games theoretically give publisher/developer more revenue they can use to continuously improve games, since they’d have more money to hire more or better artists, programmers, etc. They’ll also have more money for marketing, giving more awareness to a game. Still, there are tons of pay to win games that are really crap, so this also isn’t necessarily true all the time.

At the end of the day, whether a game is pay to win or pay to progress shouldn’t matter to you as much. If the game plays well, has a supportive publisher/developer, and has a healthy community behind it, then you should by all means continue playing it. But if the quality or competitive nature of a game is sacrificed in the name of profit, then it’s time to rethink your decision. It’s not easy balancing the needs of the gaming community with the needs of a business that is responsible for creating great games.

How about you? What are your thoughts on this dilemma? Do you prefer pay to progress games and don’t play any pay to win ones, or vice versa? Let us know your thoughts!

Intro Boys: What’s the meaning of this gamer slang and why is it currently relatable?