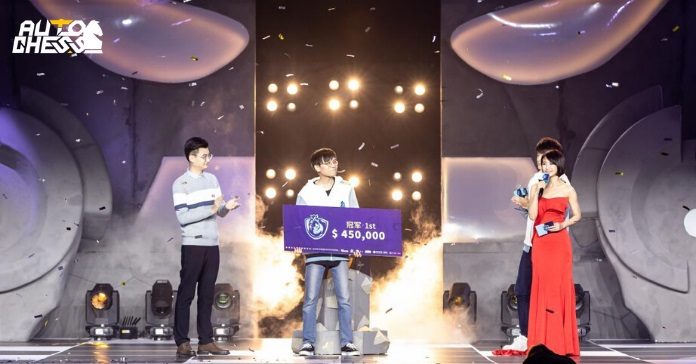 The finals of the Autochess Invitational officially started in the afternoon of October 27. After a short opening ceremony, the trophy of this competition officially unveiled on the stage. The main theme of the trophy is the axe king’s high-stakes axe, which symbolizes that the champions have undergone numerous tests and eventually smashed out from the fierce competition and finally won the glory.

The eight players who participated in today’s finals are also elite players who stood out from the two-day competition. They had a good rest after the game last night, and they were fully prepared for the finals of the six-game match.

They also presented us with a perfect four-hour showdown on stage. In the end, South Korean player Jinsoo with two victories in the six innings and won the championship with the advantage of points. Jinsoo won total prize money of 450,000 US dollars as the event comes to an end.

With Auto Chess pulling off a successful tournament, this can become a become for other auto-battler games to follow suit and launch their own esports competition. The genre has been steadily gaining track globally and it will only be a matter of time before it becomes a major esports game and be on par with the likes of Clash Royale and Hearthstone.