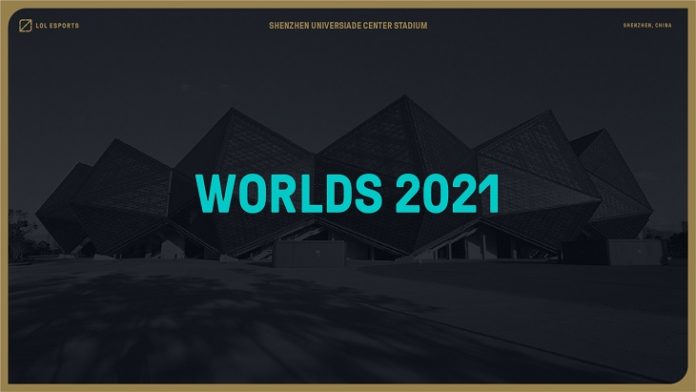 The 2021 Worlds Final will take place in the Universiade Sports Centre on Nov. 6 in bustling Shenzhen, the leading innovation and technology hub of China. The 60,334-capacity stadium is home to the Shenzhen F.C., the Chinese professional football club that competes in the Chinese Super League, and played host to the 26th Summer Universiade in 2011, a bi-annual international multi-sport event for university athletes. The venue also has hosted multiple sporting matches and music concerts for performers such as Jay Chou and Jacky Cheung.

Shenzhen, China’s fifth-largest city, is a leading financial center in the Asia-Pacific region and is known for its four pillar industries of high technology, finance, logistics, and culture. It’s ranked as a global first-tier city among other giants such as Guangzhou, Stockholm, and San Francisco. Paired with the prismatic architecture and design of the venue and Shenzhen’s Silicon Valleyesque ecosystem and modern flair, the Worlds event will deliver a top-tier entertainment experience not yet seen in esports history.

“We’re extremely excited to push the boundaries of entertainment and sport this year with Worlds 2021 and define the next 10 years of LoL Esport. Shenzhen is China’s most competitive and innovative city with thousands of high-tech startups and entrepreneurial pursuits, so we felt that it was the perfect landscape to host our Finals.”

Shenzhen’s Universiade Sports Centre joins the ranks of iconic venues that have hosted Worlds in the past, including last year’s Shanghai Stadium in China (2020); AccorHotels Arena in Paris, France (2019); the Incheon Munhak Stadium in Incheon, South Korea (2018); the Beijing National Stadium in Beijing, China (2017); New York City’s Madison Square Garden (2016); and the Seoul World Cup Stadium in Seoul, South Korea (2014). Additional details about the 2021 League of Legends World Championship will be revealed at later dates. You can keep up to date by following LOL esports’ official website.