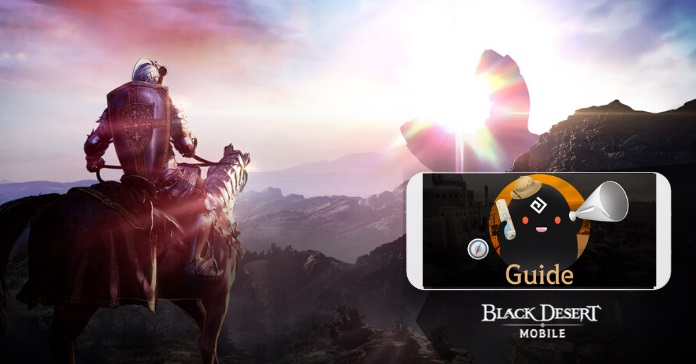 We’re back with another Black Desert Mobile! This time we’ll guide you on how to increase your character’s Combat Power. We’ll also take a look at some useful tips that will help you on your mission to become more powerful.

BDM Combat Power and how it affects you:

You’ve seen Combat Power in so many mobile games by now and how it is utilized in Black Desert Mobile is just the same. It is a gauge on how powerful your character is, an accumulation of all your gears, current level, enhancements, skill level and so on.

Combat Power helps you in a lot of ways, more commonly it’s used to see and check if you can take on the next big task that lies before you, like taking down monsters and bosses, if you’re well equipped to enter instances and dungeons and so on.

There are a lot of ways to increase your CP. In this guide, we’ll take a look at some of those ways.

Leveling up automatically increases your combat power since your stat increase alongside it while increasing the level of your skills will also boost your CP. This is by far the easiest way to increase your CP since almost everything you do in BDM will lead to you leveling up, especially when you follow the main and side quests. Other means of leveling up include:

Your camp, facilities, and your workers

Your camp plays a vital part in the game so, don’t ignore it. It’s ultimately your home and your base of operation (aside from your guild). It was to be compared for better understanding,  it’s very similar to your base in Clash of Clans, right up to the town hall.

Leveling your camp and your workers will actually give you additional Combat Power. It also unlocks a number of new buffs like shorter crafting time, bigger building area for your facilities, being able to hire more workers, and many more. Remember that every little bit of CP counts and taking advantage of whatever means to increase it can decide your victory.

Your overall attack and defense rate plays a major part in increasing your CP. This is mostly provided by your equipment. Equipment is arguably your main source for Combat Power. The higher tier of your equipment, the higher CP you get. Aside from that, your gear enhancement also gives you a big boost in CP. Additionally, equipping crystals to each gear adds more to your rating as well.

Equipment can be enhanced and upgraded by using enhancement stones.

The Black Spirit’s Influence also gives you Combat Power. The higher the level of your spirit, the more CP it gives. You can level the spirit up by feeding him spare equipment or condensed dark energy. Dark energy can be obtained by finishing quests. They can also drop by killing monsters and can be bought in the cash shop. There’s also the Spirit’s quests you can finish to get dark energy as a reward. Arguably the biggest role of the Black Spirit is that it allows you to equip higher tier gear when you perform an awakening on it. Each awakening will give you access to the next higher tier equipment set.

Just like gears, the higher the rarity of a lightstone, the higher the CP. Getting higher tier stones is easy enough since you only need 3 of the same tier and fuse them to get a higher one.

You can equip up to 4 these. Aside from CP, they also give additional buffs. The lightstone interface can be found in the black spirit menu.

The knowledge system is a bit tricky. There are certain goals to be achieved in each segment of this system. Once you finish a certain amount, it will give you additional CP. The Knowledge System can be compared to quests that you can try to finish at your own leisure, so it’s a great side quest to invest time into since the rewards are great.

Costumes can be bought with real cash and they also give a small boost in Combat Power. This is optional, but if you really want a little more juice, then you may want to consider buying a few.

The Path of Power

The Path of Power in the menu option serves as a really great basic guide on what to do next and at the same time, reward you great items it you follow them. It’s broken down into three sub options mainly character, camp, and gears. Each option has a set of achievements you can finish aligned liked a horizontal skill tree that progresses from left to right. You need to finish the first required task to unlock new ones and so on.

The tasks can range from acquiring a certain item like an accessory, up to leveling up something like your town hall. Each task will reward you with useful items including Shakatu coins. If your lost in the game and don’t know what to do next, the Path of Power is a good way to steer yourself back on track.

Additional tips you need to remember

When you begin the game, you’ll be given a certain amount of Stamina/action points which you can view at the middle top drag down menu. Always remember to spend them since they give you benefits in the game. You can mostly use this for gathering and mundane tasks like cutting up trees. Here are the ways you can use your Stamina:

You can level the spirit up by feeding him spare equipment or condensed dark energy. Dark energy can be obtained by finishing quests. They can also drop by killing monsters and can be bought in the cash shop. There’s also the Spirit’s quests you can finish to get dark energy as a reward. Arguably the biggest role of the Black Spirit is that it allows you to equip higher tier gear when you perform an awakening on it. Each awakening will give you access to the next higher tier equipment set.

Black Spirits can also give you bonus stats as well as giving you access to the Black Spirit Mode. This is essentially a fancier way of saying AFK grinding. This mode is very important to remember as this will allow you to perform actions even when the game is offline. In short, it’s an auto-farm AFK mode. It has three options: auto hunt, auto gathering, and auto fishing. Once you’ve chosen the task, the Black Spirit will take your place and will do the grinding for you instead. After a while, the game will automatically shut down. The next time you log in, you’ll receive the rewards of the AFK grinding.

Shakatu’s gear shop is your go to place to get a chance to pull a high tier weapon. It’s basically the gacha shop. The usual mistake people do in the game is spend their Shakatu Coins on trying to pull good main weapons only and ignoring the rest of the ensemble. What you need to do is aim for at least a yellow main weapon, and try to get the same for your offhand, and when that’s done aim for the rest of your body gear. Don’t waste all your coins trying to get an orange main weapon and ignore the rest.

Don’t go solo and find or create a guild. Guilds give your character special passive skill buffs, quests exclusive to guild members only, and more importantly, get the daily achievement that allows you to get boss scrolls which you can use in boss stages which in turn gives you Shakatu Coins.

Farming and the importance of food

In the game, you can build patches of soil in which you can plant seeds which in turn grow crops for food. Each type of seed has a different rate of growth from 3 hours and longer. Remember to plant different kinds of seeds with different growth rates since you’ll be needing a good steady stream of food supply. It may not be important now but it will certainly pay off in the long run.

PVP Arena and why it’s OK to lose

Arena PVP can be unlocked at level 30. Once you do, don’t forget to always participate in it. Granted, it’s hard to win in PVP especially if you’re up against high spending players, even so, try to get a few wins in the bag since it will give you a good amount of silver and chests that may contain really good items like enhancement stones or even Shakatu coins.

Regardless of the result, Adventurers can acquire Ramoness Score and EXP by simply participating in battles. You can earn more points and EXP if you are on a winning streak.

The path to gaining strength is hard and a lengthy one, but every little bit of additional CP pays off so remember to always stay vigilant and push through. Who knows, you might even become one of the top players in your server or maybe even the whole game! We hope this advanced guide will help you in the right direction in Black Desert Mobile! See you on the battlefield!