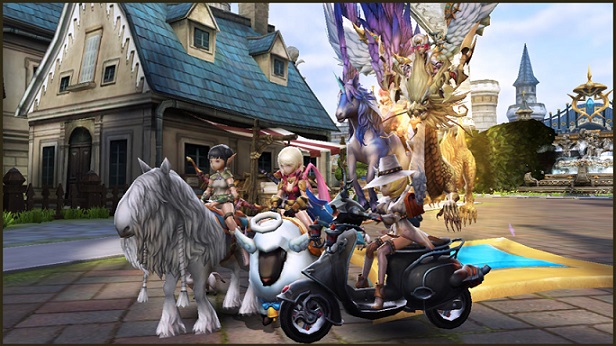 Finally, at long last, World of Dragon Nest SEA open beta is here! The highly anticipated semi-open world mobile MMORPG has opened its gate for long-time fans of the genre and gamers wanting to try out a new but familiar, and nostalgic game.

Gone are the repetitive dungeons, the gender locked classes, single wield restrictions, and say hello to a new vast none-restrictive open world you can explore, male and female genders, and dual wield system with an exclusive WOD fifth class (Slayer) to boot! But there’s also a new element to DN: Combat Power.

For the newly acquainted with WOD, the mechanics of the game will feel deep and a bit complicated, particularly the Combat Power mechanics. And so that’s what this guide is about! Let’s check out how to increase your combat power in World of Dragon Nest!

What is Combat Power?

Combat Power or CP for short is the evaluation of your character’s strength and the total accumulation of all factors that affect CP which we’ll be discussing in this guide. CP not only gauges your strength, but it’s also a guide for players if they are able to tackle a certain area or enemy. Combat Power also grants you access to higher-level dungeons and such when you accumulate the right amount of CP.

Equipment or gears is one of the most essential items needed in the game and one of the main sources of your Combat Power. You can obtain gears by crafting them, finishing quests, buying them from the market, and participating in nests where they randomly drop from time to time.

You can craft higher tier gears in the production menu. Gears with higher rarity give higher Combat Points so be sure to take your time to gather the necessary materials to craft them. As you level up and finish crafting gears, higher tier equipment will be unlocked which will give you more CP.

Leveling up your skills not only increases your CP, but it also boosts the skill effects whether it be more damage, faster cooldown, and so on. As you level up, a more powerful set of skills will be unlocked. They are separated into 3 types; active, chain, and ultimate. Each weapon has a set of these 3 types, all of which you can level up.

Role skills are additional skills that you can use during Nest raids. They are separated into attack and defense types which has additional passive skills you can learn and level up.

There is a special Missions tab in the game where you can complete a set of tasks. This can range from doing basic actions like dodging, to advanced player skills like countering and combo counts. Once you finish a mission, they’ll give you rewards that usually increase your character stats, and this, in turn, increases your CP.

Mounts have their own CP boosting properties. You need to equip your desired mount first for the stat bonuses to take effect. The higher the level and the tier of the mount is, the more CP boost it gives. Giving them mount food will increase their level. Mounts can be evolved after reaching their maximum level. You can also get new mounts by purchasing them in the premium shop.

Smelting is split into 4 options, the basic is Power where you can use unwanted gears and crystals to increase your stats and thus increasing your CP. Crystals give a higher success rate than gears. You can obtain them by doing missions, progress the storyline, participating in dungeons, and finishing nests.

The Enhance Gear is basically just that, increasing the level of your gear.

Dragon Jades can be compared to gems that you embed in your gears. There are three types of Dragon Jade: Weapon, Armor, and Accessory Jades. Inserting a jade to its corresponding gear will increase your CP. You can further increase it by upgrading your Jade and awakening them.

Awakening a Jade will grant you bonus stats and increased CP. You can acquire them in Nest Hell in the dungeon menu.

Pets are your loyal companions throughout the game. Not only will they give you bonus stats when they accompany you, but they also boost the cuteness factor of your overall aesthetics as well. Additionally, pets can be “bred” with other player’s pets to grant them additional bonus stats and effects.

You can receive special titles by accomplishing certain tasks divided into normal, colosseum, the garden of time, and production titles. Each title gives a certain bonus effect but when equipped but not all of them increase your CP. An example of this is the production titles where instead of increasing your Cap, they give bonus effects when you craft something, like faster crafting time, fewer materials to use, and so on.

The costumes in WOD not only give you stunning aesthetics but also give you bonus stats as well which of course will add to your Combat Power. You can buy costumes in the games premium shop by using diamonds/gems. Each costume piece has a certain bonus effect and completing a set will further boost these bonuses. Different costumes have different bonus stats so be sure to consider these into your decision making when purchasing a costume.

And there you have it! The guide pretty much sums up the basics of what you can do to increase your Combat Power! World of Dragon Nest is still in its early stages, which means there could be more future updates and features that will allow you to increase your CP further. Now that open beta is here, we might get to see more ways to boost your powers in-game! Do you have any other tips and tricks for increasing CP that you can share with us? Let us know! And don’t forget to follow Enduins to get the latest news on World of Dragon Nest and other gaming news and information!