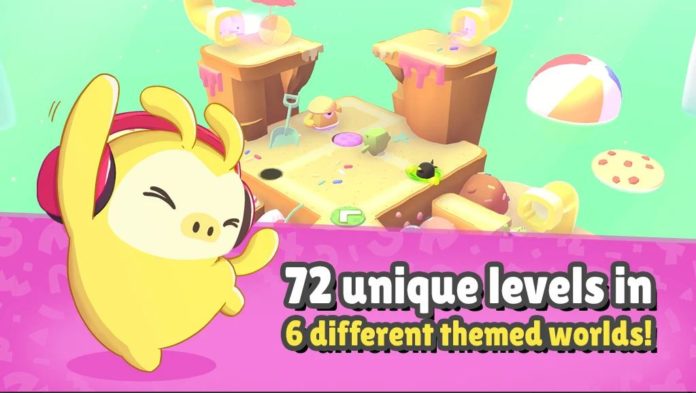 Indonesia-based game publisher, AKG Games has recently announced that the online multiplayer puzzle-platformer, Melbits World is now available on the Google Play Store and the iOS App Store. Players will see themselves be immersed in the adorable Melbits universe and enjoy and be challenged by tons of fun and exciting puzzles!

Don’t know what Melbits are? Melbits are the modern-day pixies transformed to fit today’s digital landscape. They have found their home in the Internet age and are tucked away within every connected device such as mobile phones, tablets, and computers. Melbits thrive on good vibes and positivity through the Internet. Every time we get a good laugh at a meme or enjoy silly cat videos, Melbits get energized and multiply in strength and number!

But it’s not all fun and games just like us, Melbits faces the worst the internet has to offer like online toxicity and cyberbullying. To secure peace in their internet realm and maintain a harmonious online experience for all, you the player will guide the Melbits through a series of puzzles in an immersive 3D environment. Melbits World is a straightforward yet challenging puzzle-platformer game that will test players’ motor coordination skills as they restore order against all digital threats.

“AKG Games is proud to include Melbits World in our growing range of quality games. Its engaging gameplay will delight players and help spread positivity during this challenging period. We look forward to welcoming players into this stimulating and uplifting realm.”

“Melbits World received overwhelming reviews and strong feedback when it was first launched in Europe and we are confident that the game will resonate with Southeast Asia’s discerning gamers. It has been a pleasure adapting this title with AKG Games. We are sure more players will embrace this title’s core values of positivity, inclusivity, curiosity, and education.”

Melbits World is a family-friendly game that allows players to explore 72 Levels across six worlds, each with unique challenges. The game has already seen success on PC and console platforms and thanks to AKG Game’s partnership with Spanish Game Developer, Melbot Studios, Melbits World is now jumping to mobile to fit the more mobile-centric audience of Southeast Asia.

Melbits World provides a variety of customization options including adorning the Melbits avatar with unique Southeast Asian-inspired accessories including the Filipino Salakot. Melbits World is now available on The Google Play Store and iOS App Store with minimum requirements of Android 4.4 or iOS 10. Please follow the Melbits World Social Media page for more information to keep up with the expanding Melbits World.

Golf Impact, PVP golfing game by NEOWIZ set to launch on Android and iOS this May!