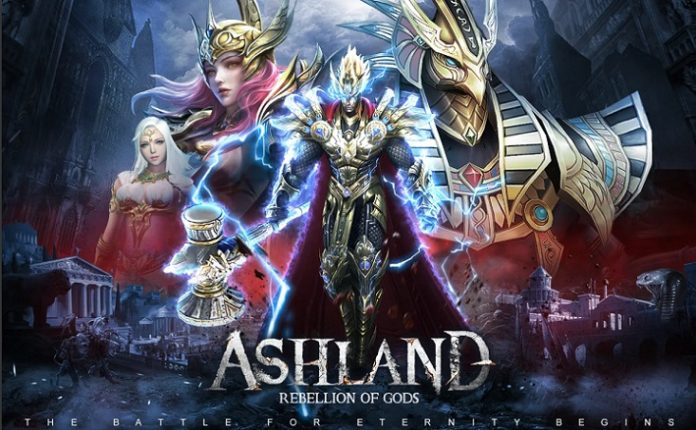 Game publisher Efun has announced that Ashland: Rebellion of Gods, a brand new top-down mobile RPG made with Unreal Engine 4 has just launched its Closed Beta Test phase for the Philippines! Wield the power of Athena and begin your journey to driving back the horde of Demons that seek to bring down this world!

During the Eternal War of the Gods eons ago, Nidhogg, Dragon of Ruin, broke the seal in the depth of the Dark Abyss and released Chaos God Azathoth from the control of the Primal God! After centuries of fighting, high gods Zeus and Odin finally threw the Demon God Azathoth into the Void Stream. Before the Demon God disappeared, its blood-splattered into Asgard and the mortal realm, creating countless contaminated zones. Demons surged forth in waves, pouring into the world and destroying all life in their path! Now, Athens Parthenon is the only place where divine power remains, the last bastion of hope in the world.

As one of the chosen ones, begin your epic journey with a team of capable individuals! The cunning human warrior, dual-wielding swords and craving for battle, the wise dark elf mage wielding extensive knowledge of ancient ruins and demons, and the noble archer whose origins can be traced back to a sacred race.

Ashland: Rebellion of Gods is now in Closed Beta Phase for the Philippines starting August 3. You can download and play the game now by going to the Google Play Store! You can also check out their official social media page for more news and updates!