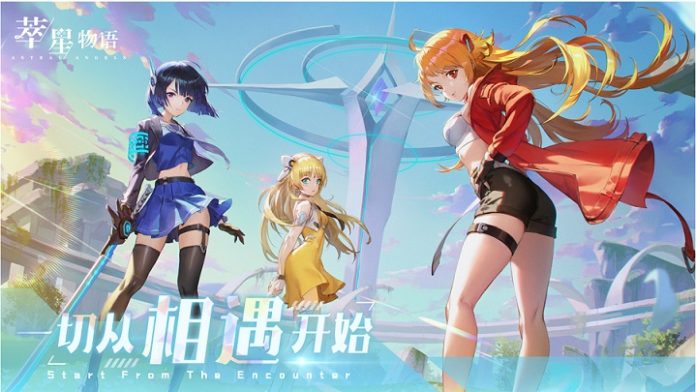 Game publisher X.D. Network has recently announced a brand new open-world RPG called Astral Angels. Made with Unreal Engine 4 and dubbed as a “girl action RPG”, the game will focus on female heroines that are tasked to fight against a mysterious enemy hell-bent on engulfing the world in Darkness.

The game is set in the world of CuiXing. Players will take control of female characters, students that are residing in ManaPeggy College, an island floating in the sky that will serve as a base of operations for players. In ManaPeggy, girls are trained to combat the Elder Gods, evil beings that want to destroy the world of CuiXing as well as save other corrupted girls that have fallen victim to these malevolent beings.

The game seemingly focuses on two main mechanics: A social feature that takes place in ManaPeggy. Here you can gain friends, socialize with other players, and get to know your female characters. You can talk to them, get to know them better, and eventually increase your bond. When your bond with a certain character reaches a certain milestone, you’ll eventually be able to summon a replica of them that houses their dark side. So far, it seems that defeating the doppelgangers ties more to the individual story arcs of each character.

The other major mechanic is open-world exploration. We are not sure if it’s just us but as far as first impressions go, the combat and overall aesthetics of Astral Angels look awfully a lot like Genshin Impact. From their user interface, HUD layout, up to team composition, everything seems to be copied (or at least inspired) by Genshin. Heck, even the open world looks a lot like Teyvat. The only difference is that they added some sci-fi elements into the world with futuristic buildings and landmarks.

Astral Angels is currently in development. As per their own words, if everything goes well, we can expect a full game reveal by the end of the year, hopefully with more details and more game previews so we can get a better look at this promising game.