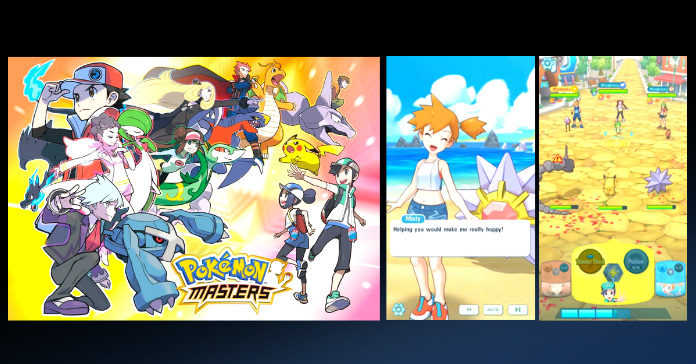 After the success of the Hollywood movie Pokemon Detective Pikachu, Pokemon fans have something new to celebrate as the Pokemon Company finally revealed the mysterious game project they have been working on for mobile- Pokémon Masters. It will be a role-playing game featuring all the Pokémon Masters from the entire Pokémon series thus far.

The game was revealed during the annual Pokémon Press 2019, and is developed by DeNA Corp. who is behind other mobile game titles such as Fire Emblem Heroes, Super Mario Run, and Animal Crossing: Pocket Camp. Pokemon Masters is quoted as “a new game that allows you to battle alongside your favorite Pokemon Trainers from the main series RPGs.”

The concept came from Game Freak’s Ken Sugimori, who is most famous for creating Pokémon’s character designs, as well as being the art director for the franchise. His idea was to create a Pokémon game that will feature all of the past and present Pokémon Trainers.

Pokémon Masters will give a chance for players to experience a new type of Pokemon battle and will feature many famous Pokémon Trainers from the long history of Pokemon video games. The gameplay will be optimized for smart devices.

Pokémon Masters is set to launch in 2019 for Android and iOS devices, and the Pokemon Company promised to give more information about the game this coming June. Are you excited for this new Pokemon game or nah? Comment your opinions below!