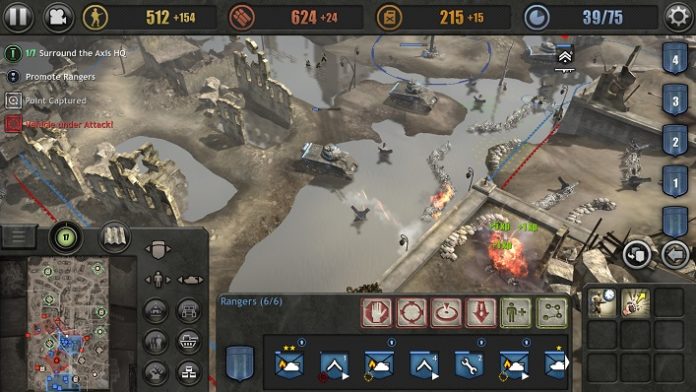 Building on its lauded debut on iPad earlier this year, Feral Interactive has today announced that the groundbreaking World War II real-time strategy game Company of Heroes will be released on September 10th for iPhone and Android.

Company of Heroes offers players an epic WWII campaign, with gameplay comprised of intense squad-based battles that progress from the D-Day landings through to the liberation of Normandy. Designed for phones, this version of the game allows mobile gamers to direct all the action from a user interface highly tailored to touch controls.

Company of Heroes will officially launch on September 10. The game is available on the Google Play Store and iOS App Store for certain regions so better check if yours is included. Relive the struggles of World War II, strategize and execute your battle plans, and discover the brave heroes that shaped the world that we know today.