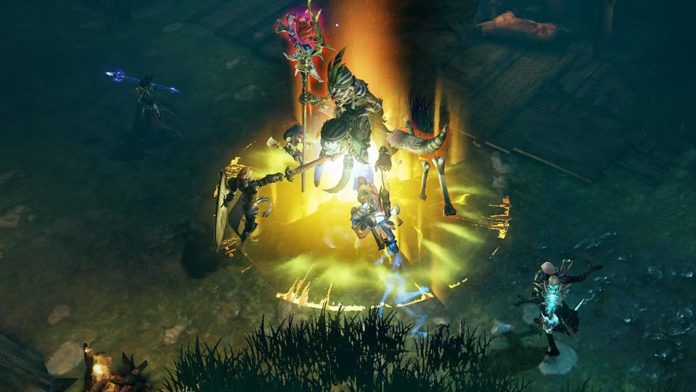 Blizzard has just released their official Q3 2020 financial model and there’s one single report included in that entire folio that sticks out like a sore thumb: Diablo Immortal’s inevitable external testing period seems to finally have a schedule.

Diablo is a controversial game, to say the least, but there’s no doubt a lot of people are waiting for it because mobile gaming is rapidly on the rise these past few years and is still rising thanks to popular game titles jumping ship. A few well-known titles include Call of Duty, PUBG, Fortnite, the upcoming Path of Exile Mobile, and very recently, League of Legends.

When will the regional testing begin? The only clue Blizzard gave was it’s gonna be “soon”. No official date, no announcement on which region it’s gonna happen. “Wait, that’s it?!” Is what you probably wanna say right now, but this is something important to mention. Why? Because this means, finally, internal testing the game is almost or maybe even finished by now.  This is a big deal since the biggest critic for Diablo Immortal is the developers themselves, and anyone who’s a fan of Blizzard’s games knows how notoriously strict those guys are when it comes to polishing their games.

So what is External Regional Testing? It is a game’s testing phase where people outside the company (Blizzard) can try out the game but in a controlled setting and with limited participants, in this case, a region. An example of this is League of Legends: Wild Rift which launched a regional test in Southeast Asia and Brazil with limited participants being able to play the game early via invites. Diablo Immortal will likely do the same thing and invite a limited number of people from a region of their choice.

Diablo Immortal has been keeping quiet a lot lately, only reemerging when there are big updates announcements for the game. Knowing that external regional testing is well underway, we can safely assume the people in Blizzard have been working and testing out Diablo Immortal even during the pandemic. A bit of news, big or small is still reassuring, especially for those who are eagerly waiting to finally have an official Diablo game on mobile.

If you wanna check out Blizzard’s full Q3 2020 results and conference call, follow this link. Are you still waiting for Diablo Immortal? Do you think Blizzard’s long polishing time for the game is hurting them more with massive game titles like Genshin Impact beating them to the launch date? Let us know, and don’t forget to follow Enduins for more gaming news and updates!