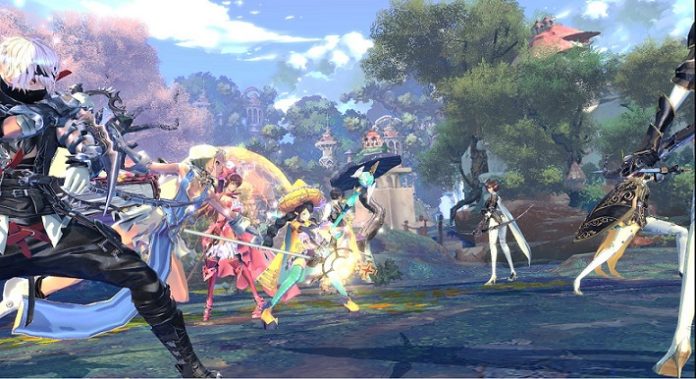 RPG fans, rejoice! The highly anticipated Exos Heroes English version by LINE Games is now officially open for service! With their catchphrase Visualism Play, Exos Heroes will push the boundaries of the beloved traditional turn-based action gameplay and raise it to new heights!

The grand adventure to search for Exestruk, the legendary missing sword of the emperor, and the curse of the ancient dragon are almost upon you. Exos Heroes is a gacha RPG that brings back the traditional turn-based system of combat. What sets the game apart from other games with the same system is the addition of the Guardian Stone and Fate Core system that can unlock powerful chain skills and counter-attacks that can turn the tide of battle in your favor.

Follow the story of Zeon, a treasure hunter who gets wrapped up in a murder case after the Emperor is killed and their legendary sword is stolen. In a weird twist of fate, you’ll become the captain of an Airship that will allow you to freely explore the continent of Exos. With your companion dragon, Bitru, you’ll dive headfirst on an epic adventure, meet new characters that will eventually become your team, and explore the 5 Kingdoms while facing the dangers and uncovering what really happened to the Emperor.

There are over 200 collectible heroes, every single one beautifully designed which truly sets Exos Heroes apart from other gacha RPG, and we’re not exaggerating. Not a single one looks like the usual “grunt” unit. They all have their own design, personality, attack visuals, and skill animations.

Aside from the main story, there are a couple of game modes for you to try out including side quests, daily dungeons, monster raids, scenario quests, and PvP.

Exos Heroes is now available for Android first and will eventually be available for iOS as well. All new servers including Japan, Taiwan, Global, and Asia will all launch simultaneously. Download the game now on the Google Play Store and be sure not to miss out on the grand launch giveaways! Find the Exestruk sword, solve the mystery of the Emperor, and put a stop to the curse of the ancient dragon! Face the evil forces threatening the peace of the Exos Continent!