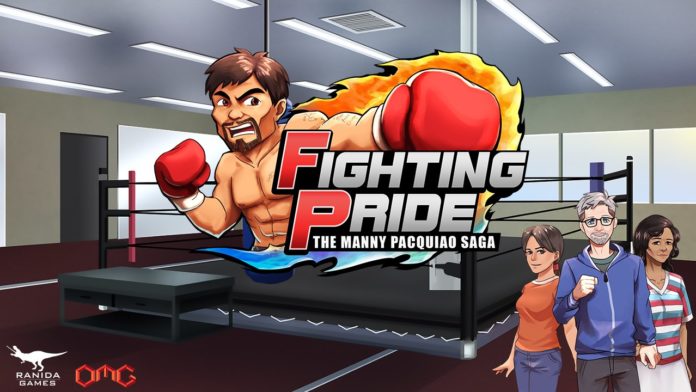 Boxing fans are in for a knock-out with the upcoming release of the officially authorized and exclusive mobile game, FIGHTING PRIDE: The Manny Pacquiao Saga! This 2.5-D beat-‘em-up sports-adventure game features the adaptation of Manny “Pacman” Pacquiao’s life story transformed into mobile game form! It will be free to download on mobile platforms in early 2021.

In Fighting Pride, players will accompany Manny Pacquiao on his life’s journey; from his humble beginnings as a young boy in the streets of his hometown, General Santos, to his boxing peak as a seasoned world champion fighting opponents in arenas around the world. The game will feature:

As Pacquiao grows in the game, so too will his skills and abilities.  His opponents will grow as well, providing the players with a continuous and compelling challenge.

Emmanuel “Manny” Pacquiao is the only boxer in history to win eight different weight divisions, with 12 major titles. Pacquiao has been invited on numerous occasions by prestigious institutions like Oxford University and Cambridge University to discuss his life’s challenges and how he has triumphed over adversity. Sharing with the world the legend of Pacquiao’s rise from poverty to prominence has been the main motivation for Fighting Pride from the start.

Ranida Games and OMG Inc. have joined forces to develop the game. Ranid is the Philippine-based indie game studio behind games like PBA Basketball Slam and the BAYANI – Fighting Game. OMG Inc. owns exclusive worldwide rights to develop a mobile game featuring Manny Pacquiao’s life story and the use of his name, image, and likeness. The game’s storyline was developed based on extensive interviews with the legendary boxer himself.

“I’ve been watching Manny Pacquiao’s boxing fights since I was young, and it’s been one of my dreams to create a Pacquiao game since I started making games. He’s not only served as an inspiration but also brought happiness and pride to a lot of people. And as a huge fan of beat ‘em ups, the continuous wave of action it offers while telling a story makes this a perfect genre through which to share his life story.”

“From nothing to greatness, from the impossible to endless possibilities, Pacquiao’s life must be shared with all of us. His story is compelling as well as inspiring. What better way to impart that sentiment to the world than through a mobile game app?”

Manny Pacquiao: Fighting Pride will offer over 100 stages in four chapters at launch. Future updates will be released to offer additional chapters, along with new opponents and environments. For more news and the latest updates, visit fightingpridemp.com and follow the game on Facebook and Twitter.