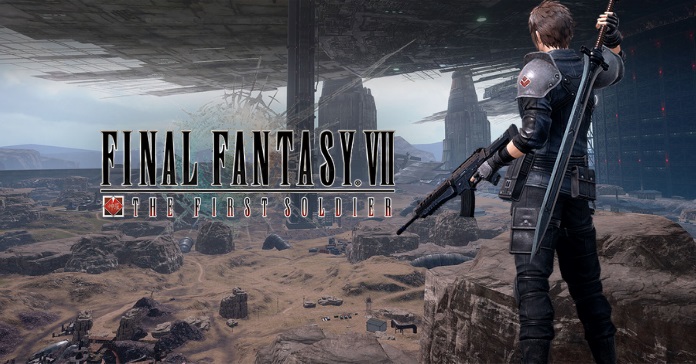 1997 was the groundbreaking year when Square Enix (known before as Squaresoft) introduced Final Fantasy VII to the world and changed how we saw games and what they’re capable of. Fast Forward to the present, FFVII is still as popular as the day it was first released, maybe even more, with a remake for consoles already out, tons of spin-off titles, a movie, and another episodic remake coming to mobile. Now it’s tackling a new game genre, no Final Fantasy title has before: Battle Royale.

Final Fantasy VII The First Soldiers is the newest addition to the FFVV sub-franchise. Players will join to fight in the ranks of Shinra’s elite SOLDIER units in a high-octane battle royale shooter combined with Final Fantasy’s signature fantasy RPG elements. Choose a combat style, such as Warrior or Sorcerer, and eliminate your rivals by any means necessary, be it gun, sword, or magic.

Players are thrown into a battlefield where the goal is to be the last one standing. Level up by defeating monsters scattered throughout the map and call upon the mighty Summons that will include fan favorites like Ifrit and Shiva to fight for you. You can even catch a Chocobo and dash around the map to reach your destination faster or place yourself quickly in a more advantageous position.

To celebrate the pre-registration phase, Square Enix will be giving away a Shinra Helicopter Skin if the game reaches 2 million sign-ups so be sure to invite your friends to pre-reg now and form your own squad when the game finally arrives. You can do so by going to the games Google Play Store and iOS App Store page. You can check out their official website for more information.