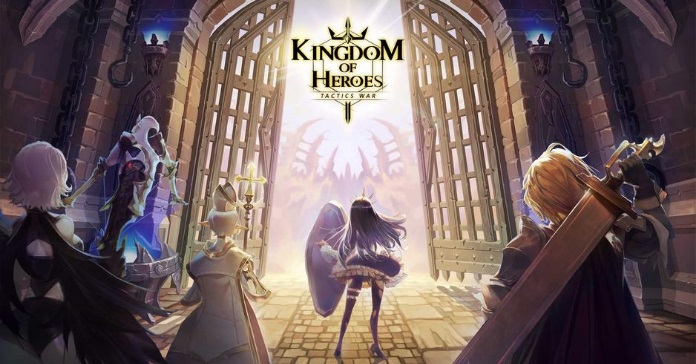 The game is based on the English Arthurian legend, where you must help the main protagonist, Arthur to build a team of unique characters as well as an army to repel the forces of evil that seek to take control of the land of Lorasia. The game will run like a turn-based tactical battle but instead of tiles, it will be on a hexagon battlefield! Players will engage in thrilling strategy with your team of heroes every turn!

There will be over 180 characters available to collect upon launch categorized between 5 different classes. Each of them can be equipped with gears, runes, and skills. Additionally, they can be enhanced and upgraded to give them more power. Additionally, you can combine them to create a more powerful unit. Game modes include your standard adventure campaign, the PVP arena, rune dungeons, guild and guild raids, and the staple tower challenge.

If you’re a fan of strategic RPG like Final Fantasy: Tactics and Disgaea, definitely try Kingdom of Heroes: Tactics War, available right now in Google Play Store. Apple users will have to wait a little longer. See you on the battlefield!