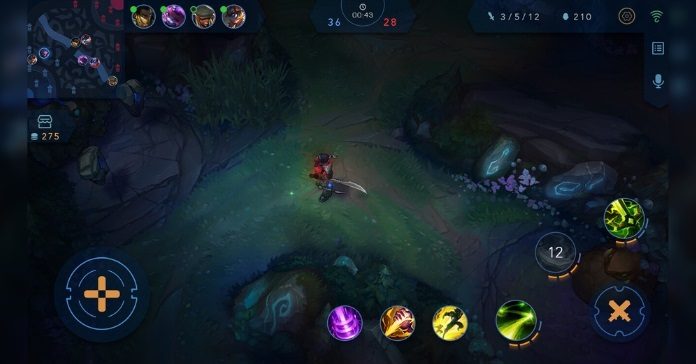 Who hasn’t heard of League of Legends by now? It’s arguably one of the top PC MOBA games out there in terms of popularity, global presence, and net gross. So when the news came out that Riot Games and Tencent were working on a MOBILE version for LOL, all hell broke loose and the rabid fans were foaming at the mouth, eager to find even just a tiny bit of additional information about the upcoming mobile game. And now there’s a bunch of images and videos circling around the wonderful world of the web that people claim are the “previews” for LOL Mobile. But are they really?

Tagged as “previews” of LOL Mobile, it has been spreading like wildfire amongst the gaming community, getting reshared hundreds of times. There’s no way to break this gently so we’ll just give it to you straight. These are NOT the official preview concepts for League of Legends Mobile.

The images came from concept artist, Xiangjie Tang, who shared his work in the showcase platform website, Artstation back in 2016. He described it as “conceptual design” inspired by League of Legends. So there you have it. It’s just a concept art from an obvious LOL fan with exceptionally awesome talent.

How did it spread?

We’re not exactly a hundred percent sure about this but if we trace it back and follow its internet footprints, it will lead us to Indonesia, where it first got traction.

And then someone saw it from the Philippines, and well, let’s just say they were “overly enthusiastic” and took it as a preview of the actual game that is still under development, even going as far as captioning it as a “quick look on the upcoming LOL Mobile”. We could not stress enough that we’re really putting emphasis that this mobile game is still under development.

We want to remind everyone that LOL Mobile is still a work in progress. And if there are any videos or images circling around the net claiming to be official previews or whatnot of the game, if the information did not come directly from Riot and Tencent, then most probably they’re fake or concept art at this point. We all know how much damage misinformation can do, so how do you avoid these kinds of things?

[Read] Teamfight Tactics: Riot’s Own Version Of Auto Chess Is Heading For League Of Legends

Remember, don’t accept something at face value especially if it came from the internet and worse, with no actual source. Don’t be a contributor to misinformation, help stop it. We’re all hyped for League of Legends Mobile, so let’s all be patient and wait for the official, legit updates.