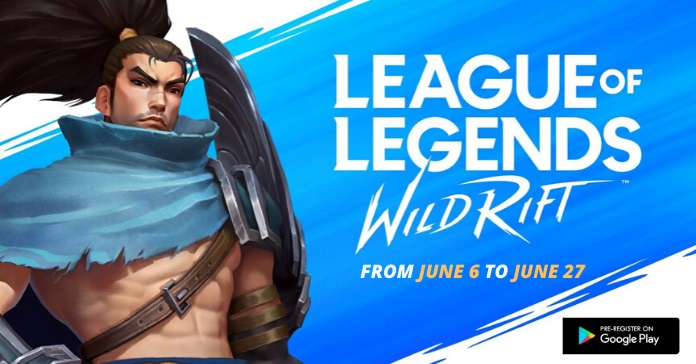 Riot Games has finally confirmed the date of the much awaited limited Alpha Test for League of Legends: Wild Rift, and lo and behold, it will happen at the very first week of June!

The announcement came right after the League of Legends: Wild Rift gameplay reveal was live-streamed on Summer Game Fest, the online gaming convention. This was followed by an interview with Bryan “FeralPony” Feeney, the lead designer for LOL: Wild Rift. In the interview, he answered some questions about the game regarding the decisions they made on developing the game, the push for the mobile version first before console, and why those 36 champions were chosen to be the first to be added in the roster. It was a fairly short interview, but it was full to the brim with fresh details about Wild Rift.

If you haven’t checked out Wild Rift’s recent gameplay reveal, go do that first by watching the video below:

Riot has compiled the top 10 questions that they think players and fans like you might have and put some much-needed answers to them. Let’s dig in:

Q: What is the Wild Rift Regional Android Alpha?

Q: What are you testing?

Q: Why Brazil and the Philippines?

Q: My skills are top tier, but my phone isn’t—what are the minimum device specs?

Q: If I get in, can I talk about the game? Can I record or stream stuff?

Q: Will anything carry over to the full launch?

Q: What about if I encounter bugs or need to contact Player Support for something?

Q: Where can I find more info?

Keep in touch with us, we really want to hear from you via our social media accounts, support site, and the official website.

Q: I have so many more questions!

A: We’ll be running a Q&A for BR and PH players (whether you’re in the alpha or not) when the test has been live for a little while, so get your spiciest questions ready and we’ll answer them in another post.

Again, if you haven’t watched the video yet,  scroll back up again and do it cause you’re gonna miss a LOT of information.

Riot has stated that all this is just a first step on Wild Rift’s journey, but it’s an important one. And we totally agree with that. They also encouraged fans to submit feedback regardless if they were able to play or not since these are very important data on their side to make the game as best as it can possibly be. One phrase came to our attention tho.

“As we approach launch and beyond”

Is this some kind of a sneaky hint? Is the official launch coming sooner than we expected? Whether we’re just making our own conspiracy theories here because of the hype, or just pretty darn excited that Alpha Test is just a few more days away, League of Legends: Wild Rift will surely change mobile gaming history! More updates soon so don’t forget to follow Enduins for more gaming news and information!