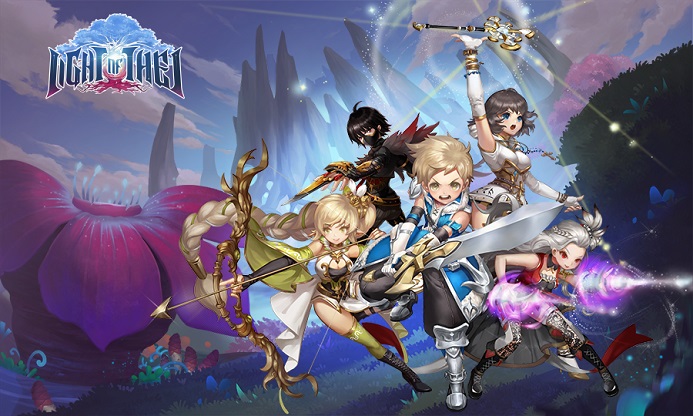 Sounds familiar? That’s because we’ve previously reported about the game before, although it was named Light of Zelda back then while Glory of Cepheus (之 光) was its name for China. It has now been renamed Light of Thel for the SEA market. The game looks awfully a lot like Laplace M.

Light of Thel will be set in an open, expansive world. It features gorgeous anime-style aesthetics, eye-popping visuals, a cute and colorful cast of characters, and a rich variety of game modes. Players will take on the role of a hero that will be enlisting to join the resistance; a group of other individuals who are currently waging war to save the world against invading demons.

The game will have five different classes: the Omni Warrior who can take and deal out a lot of punishment, the Rune Mage who wields devastating area-of-effect spells, the Elven Archer who dishes out massive amounts of single-target damage, the Shadow Assassin who uses stealth to kill, and the Holy Priest who provides supportive buffs. Each class has its own set of skills and unique traits. One special feature is that you can switch classes, so there’s no need to debate which class you should take since you can try them all out at any time.

Light of Thel: Glory of Cepheus is set to launch for Vietnam, Thailand, Indonesia, Singapore, Malaysia, and the Philippines very soon. Pre-register now in the Google Play Store and iOS App Store, or sign up on their official website and receive awesome goodies when the game launches. Follow Enduins to get updates as to when Light of Thel officially launches as well as for more gaming news and info.