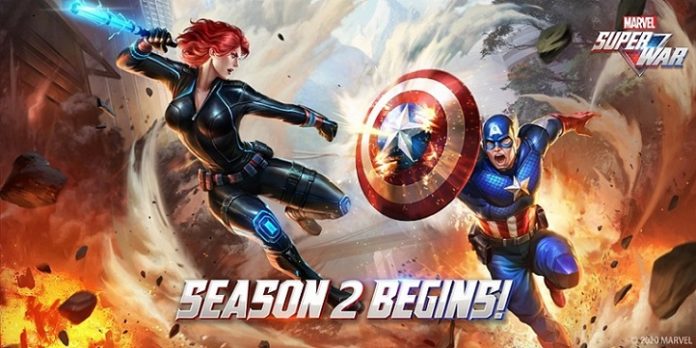 The Goddess of Death, Hela, Leads the Charge into MSW Season 2

The Super Villain Hela leads the charge into MARVEL Super War’s Season 2 as the newest playable hero! As the powerful Goddess of Death, Hela believes that her dominion knows no bounds. In MARVEL Super War, she will enter battle as an Energy hero, wielding her mighty Nightsword and conjuring undead foes with Necromancy. Wait no further to spread her dark aura across the battlefield!

Relive the Epic Avengers: Endgame with the Classic Skins

Besides the new playable hero Hela, a new costume series inspired by Avengers: Endgame for Ant-Man, Rocket Raccoon, and War Machine will also be included in the update! These new skins join the several skins inspired by Marvel Studios’ films that have already been released in MARVEL Super War, including costumes inspired by Marvel’s Avengers: Infinity War and Marvel’s Captain America: The Winter Soldier. For those who enjoyed the epic adventure of Marvel’s Avengers: Endgame, don’t miss out on this opportunity!

MARVEL Super War Season 2 brings with it an entirely new Guild System. Guilds allow players to meet new friends and collaborate with guildmates to earn glorious Guild rewards. The Guild system also includes guild buildings, an honor system, guild quests, a guild shop, and guild battles, along with many new mechanics to bring our players an invigorating new experience. After the new season begins, you may create a Guild of your own or join a Guild of your liking. The time has come to join together and fight for your allegiance!

Besides the Guild system, discounts and plentiful rewards also await! The bell announcing the new season has tolled! Gather your pals, enter the game, start your new journey in Season 2 and join a Guild to fight for glory! MARVEL Super War is available in Thailand, Philippines, Indonesia, Singapore, Malaysia, Hong Kong, Taiwan, Macao, and India. For more information, visit the official website.