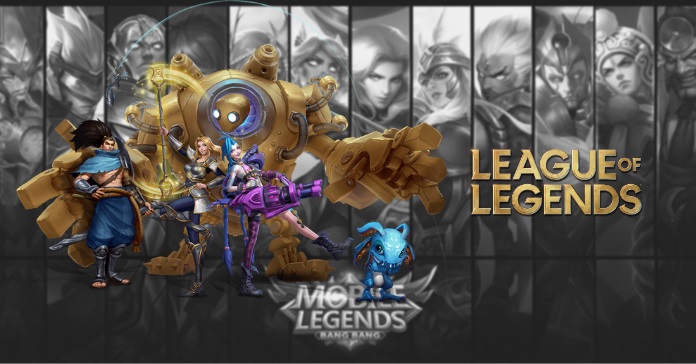 It’s now 2020 (we know, right?) and mobile gaming is past the point of gaining popularity – it’s now mainstream. And in the mobile MOBA space, Mobile Legends: Bang Bang has been dominating Southeast Asia for quite some time now, with no apparent challenger in site. But a juggernaut from another platform is threatening to steal the crown from ML, and this one has the name recognition behind it: League of Legends: Wild Rift.

Unlike other new titles, LOL: Wild Rift has one huge thing going for it – it is already one of, if not the biggest, MOBA titles in the world for PC.  We’ve seen LOL being played everywhere, from local net cafes to the biggest world stages imaginable. The top professional esports players in LOL have become global celebrities, along with earning millions of dollars collectively.

But mobile gaming is a vastly different platform, and MLBB already has a firm grasp and deep roots within the mobile gaming community. Can LOL: Wild Rift pull off what other games failed to do and surpass MLBB as the number one mobile MOBA?

With rumors of LOL Mobile’s inevitable beta launch around March gaining steam, let’s take a look at how these two will clash in the Southeast Asian market.

MLBB and LOLM are pretty similar since they’re both MOBA games. They have the same 3-lane map, same modes like ARAM, and have a number of playable champions that technically have similar set of skills. They’re so alike that Riot Games actually sued Mobile Legends: Bang Bang for plagiarism. What happened with the case is a topic for a different day, but suffice to say, Riot Games won. Nevertheless, MLBB continued its operation and rose to the top of the mobile MOBA food chain.

LOL: Wild Rift has reportedly promised that every single champion in their roster is “free” to acquire. Though not confirmed, it’s more likely that all heroes can be bought with the gold you earn from finishing matches, unlike MLBB where you need to pay actual money to get a specific hero.

There’s also the matter of additional stat bonus items. Emblems in Mobile Legends can be bought with money to give the player a slight edge with additional stats right off the bat. Wild Rift may go the same route. The question is how much will they cost. Another factor here is the hero skins. MLBB skins give additional stats, which gives yet another advantage for paying players. If we base Wild Rift on the original PC version, it’s probable that it won’t follow ML’s format and stick to their skins being just for aesthetic purposes only. Though Wild Rift hasn’t ruled out microtransactions completely (highly unlikely), if these rumors are true, then it would be far less aggressive in trying to make players pay actual money for items and stats.

Just like previously mentioned, all champions in Wild Rift will most likely be accessible to players, so the only question is how the champions from LOLM will differ from MLBB’s. While we don’t have specifics yet, one probable major difference would be the skill setup, since Wild Rift will reportedly stick to their 4 skills set up just like the original PC. Currently. MLBB has a mix of 3 and 4 skills.

Wild Rift is also reportedly set to debut a targeting system for mobile that mimics how LOL players use the mouse to kill minions or enemies. If true, it’s bound to give the game more complexity and opens more doors for game mechanics and meta gameplay. However, this might not appeal to all since one of MLBB’s allure is its ease of use, and how anyone can pick up the game and learn it fairly easily.

If you’ve seen the trailers, Wild Rift’s is good. Really good. The graphics, the aesthetics, character designs – everything just screams “you need a good phone to run this game”. But Riot Games stated they’re trying their best to make the game run even on low-spec phones with 1GB of RAM. If they were able to pull this off remains to be seen, but it’s a legitimate question that needs to be answered.

MLBB, on the other hand, has no problems running on potato phones (low-spec phones) and this feature has actually turned into one of their greatest advantages since it allows wider accessibility and playability.

MLBB has a plethora of streamers and influencers both local and international, boosting the game’s popularity and it also has a well-established fan base. Even in the local scene, a lot of game streamers and even celebrities have played MLBB at some point: Alodia Gosiengfiao, GHOST Wrecker, Dexie Diaz, Biancake, Akosi Dogie, MRVii, Soloz, Choox TV, Super Kimbie and Angelica “Angelyn” Hirawan, just to name a few.

But if your career is in streaming games or making video content, you’ll always create videos that are currently trending since they’re the ones getting all the views and clicks. And once Wild Rift arrives, it has the potential to start a huge trend, since it already has the name recognition. Current PC LOL players such as Yiliang “Double Lift” Peng, Zachary “Sneaky”, Michael “Imaqtpie” Santana, Kelsie “Kaypea” Pelling, and of course LOL’s golden boy Sang-hyeok “Faker” Lee, will also be a huge boost to Wild Rift’s popularity.

Mobile Legends: Bang Bang has been played in local and international tournaments, including the new M1 World Championship established in 2019. On the other hand, League of Legends is a veteran when it comes to world events with regular multi-million dollar tournaments every year. LOL’s world championship is a global event that has spanned for more than a decade, while M1 has just started. MLBB though, had a trump card before the end of 2019 after being included as an official sport in the 2019 Southeast Asia Games.

A battle for the ages

League of Legends is a legend (pun intended) on PC but Mobile Legends: Bang Bang was first to conquer the mobile gaming scene. It will be a long hard battle for Wild Rift to overtake MLBB, but if there’s a title to do it, LOL might just be the one.

Ultimately (pun-intended again) the one who will deliver the final blow will rest on the players and fans. Will they stay with the current leader or be seduced by the newcomer? How about you, what is YOUR take? Let us know in the comments!