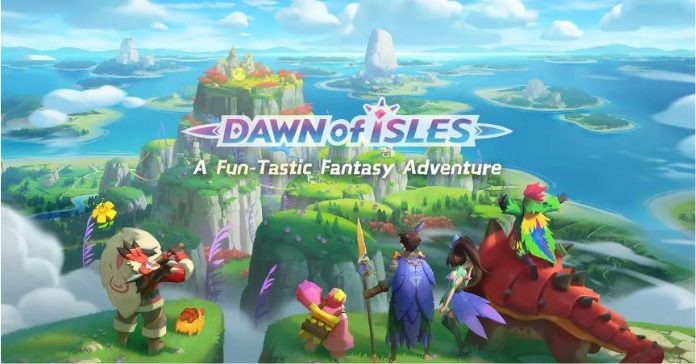 Netease is rolling out their games one after another! They have recently announced that another mobile title that will soon jump into open beta phase! Dawn of Isles is a survival crafting mobile game mixed with MMORPG elements!

If you’re familiar with Runescape, then you’ll feel right at home Dawn of Isles. You’ll gather resources, craft necessary gears, and explore a vast, visually-pleasing world. There’s also a base-building element to the game, much like Netease’s other title LifeAfter. But in the Dawn of Isles, you’ll get your very own island. There’s also a bunch of MMORPG elements thrown in the mix, as you can choose a class between a fighter, ranger, dancer, and war mage. Each class has their own specialty and major stats. There’s also a character customization feature to make your avatar look unique.

The graphics is cell-shaded and visually stunning and can be compared to Zelda: Breath of The Wild. Other game modes include a guild system, PvP modes, and dungeon instances.

The Dawn of Isles open beta is scheduled to launch for iOS on May 30 while it’s going to be available on Android devices on June 4 with a special appearance of Kumamon, the mascot of the Kumamoto prefecture in Japan. Are you going to play Dawn of Isles when it comes out? Let us know what you think about it!