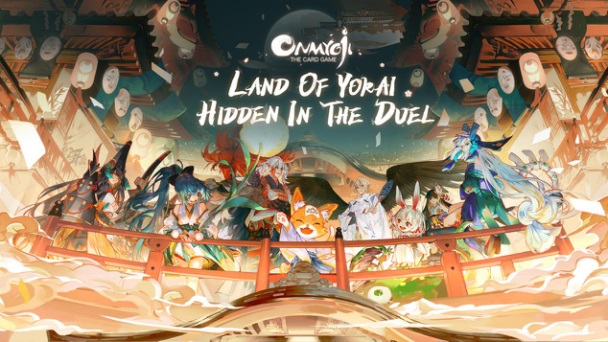 NetEase Games has announced today that the new yokai-themed card dueling mobile game from the Onmyoji universe, Onmyoji: The Card Game will officially launch on January 10 for Europe, North America, South America, Africa, and most regions in Southeast Asia, such as Indonesia, Malaysia, and Cambodia, following its soft launch in Singapore, Thailand, the Philippines, and Australia back in December 2020.

There are plans to make the game even more global with plans to run it on a universal global server (excluding mainland China and Japan) within one month after launching. Players across the world will be able to experience Onmyoji: The Card Game and duel together anytime.

Onmyoji: The Card Game is a duel card game and a spinoff of the Onmyoji IP. Players will step into Shinkiro, the paradise for Yokai, and play the card game Hyakubun. While players are enjoying the fun duel, they will unlock interesting Yokai stories and meet their favorite shikigami from Onmyoji again under a fresh light.

Onmyoji: The Card Game extends the artistic expression of Onmyoji, crafting lively Japanese-style scenes, and designing new shikigami card portraits. While the new soundtrack created by the famous Japanese composer Satoru Kosaki spirits the player away to the world of Shinkiro All this renders Shinkiro as the Yokai promised land, offering an amazing audio-visual experience.

The game will also adopt a fresh take on traditional CCG. By ditching the Class concept, its strategic core is the combining of Shikigami and their exclusive cards. Shikigami take turns to fight in the combat zone. The card mechanics are constantly updating and the abundant PvP and PvE content brings endless possibilities.

During the launch period, various events will be held in the game and rich rewards are waiting for players to grab.

When the game is officially launched, if the number of rallied players reached certain targets, all players will get the unlocked bonus. There are 5 tiers of bonuses, and the more players rallied, the more rewards to be unlocked including:

After launch, players can get different rewards daily during the first 7 days of logging in to the game. There will also be special rewards like the popular card, Evolved: Shuten Doji, random SSR cards, the rare card back “Gather Together”, and more.

Pre-registration is now available in all the new launch regions. For further information, please go to the pre-registration site. For more details, visit their official Facebook page to get the latest information.