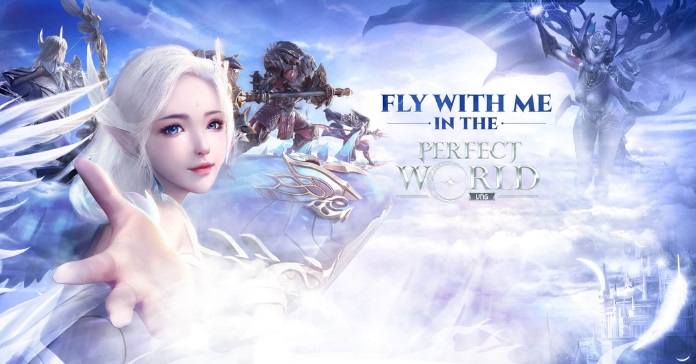 Perfect World has been available for PC gamers for 14 long years and is still going strong thanks to VNG Game Publishing and their successful campaign. It has continued to attract players old and new to what arguably was the game that became the gateway to oriental-themed MMORPGs. And now, it’s vying again for the top spot with a massive new update!

Officially launched last August 20 in the Philippines, the mobile version of Perfect World throws you in a land chock full of captivating sceneries, fantastic beasts, and a world populated by mythical creatures everywhere. You’ll discover some fantastic beast both familiar and legendary in status whether you’re in the air flying, on the ground exploring, and even deep underwater and the new update brings with it a brand new Assassin class for the untamed race.

Perfect World VNG faithfully recreates the feel of the original PW on PC, albeit with some improvements here and there, as well as some tweaks to fit the mobile gaming scene like an optimized PVP mode, dungeon instances, and guild system. There’s also the master and apprentice system that allows you to take a lower level player under your wing and basically help them grow stronger, which benefits you both as you also get rewards in doing so. And finally, it also has the popular marriage system which PW actually made popular back in the day.

And speaking of exploring, Perfect World VNG offers you the same huge open world with secrets and mysteries for you to discover, but first, you’ll need a character to do this. The available classes are the following:

Available now under the Untamed race, Assassins are a 1-on-1 combat powerhouse, able to dish out massive amounts of damage in a short amount of time thanks to their high attack speed. They wield dual daggers with great efficiency and are clad in black suits that add to their mysterious persona. Their skills might be a bit too flashy but don’t be fooled – the damage they unleash is no laughing matter.

They have a unique skill called stealth. Activating it will make them invisible to their enemies, making sneaking up on their targets and landing a killer blow a breeze. But the best part of being in stealth mode is the ability to unleash a brand new set of skills that has incredibly high burst ability. Sounds a bit OP, right? That’s why in this new update, some of the other classes have also received buffs.

The beautiful Vulpine class will now have the ability to detect and reveal an Assassin in stealth mode, Blademasters can now apply the stun effect on every target regardless of their Anti-Stun level, and Wizards can now disappear for a short duration after using the freezing skill.

Also, just in time for the holidays, Perfect World VNG introduced the winter weather into the game. Familiar locales and areas are now covered in snow which envelopes the world with some degree of realism and relatability. It’s fun to roam around the different places and see what’s new for the holiday weather. If you were thinking of downloading Perfect World VNG, now is the time to do so. With the new Assassin class, you won’t be left out. And with ongoing new events, content, and updates, you won’t be bored and will always have something to look forward to. Perfect World VNG is available now in the Google Play Store and iOS App Store.