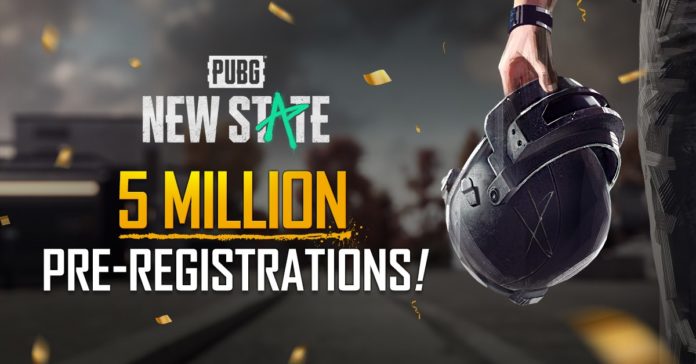 It’s a huge milestone for Krafton! They have recently shared the news that PUBG: New State, the newest mobile battle royale title in a growing franchise hit over five million pre-registrations on the Google Play Store with barely just a week!

Just a quick recap, PUBG: New State is a brand new battle royale title coming to mobile. It is developed by PUBG Studio, pioneers of the battle royale genre and the original creators of PLAYERUNKNOWN’S BATTLEGROUNDS (PUBG). The game is not to be confused with PUBG Mobile which is made by Tencent’s TiMi Studios.

Just like the original, PUBG: New State will see 100 survivors facing off until only one player or team remains standing. With an ever-shrinking Blue Zone, they must find weapons, vehicles, and consumables to gain the upper hand. Only the strongest will emerge as the Lone Survivor in this epic showdown. Now set in the year 2051, players will now have a new slew of futuristic weapons to use and master including tactical drones for aerial recon, deployable combat shields, new load-outs, firearm attachments, and new vehicles to drive across the new 8x8 km map, Troi.

Those eager to join the fight can pre-register on the Google Play Store and get an exclusive vehicle skin. The iOS App Store pre-registration is coming at a later date. Fans can also look forward to alpha tests coming later in the year. For more information about PUBG: New State, visit their official website.