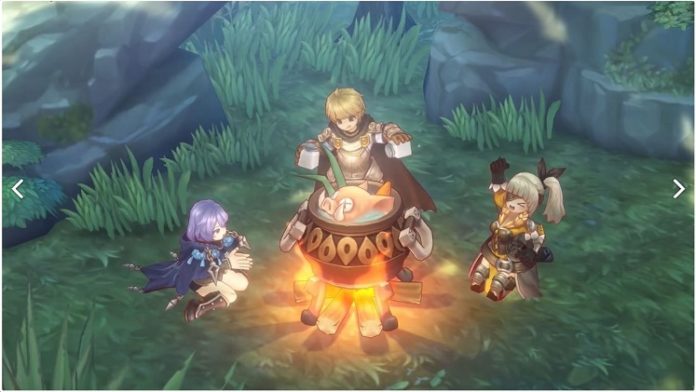 Developer Meerkat Games and publisher LINE has launched the Early Access period for their spectacular new battle royale game, Royal Crown! The game adds a new twist to the genre with its cell-shaded 3D graphics, isometric map view, and an environment you can fully manipulate for your own winning tactics!

Players will be summoned to the world of fantasy battle royale RPG where only the strongest survive. You’ll start your journey in a land of fairy-tale fantasy with dazzling landscapes and exciting adventure! Royal Crown at its core is a battle royale, but it brings new mechanics and gameplay to the table. It’s not be-the-last-man-standing and gets that chicken dinner shtick anymore. Other than the usual gathering of gears, you’ll also need to formulate your own tactic, use the environment and make it work out in your favor, and only then can you be the last man standing!

The game also leans more on the cartoonish aesthetics with characters and environments resembling Ragnarok Online, Tree of Savior, and Caravan Stories. And since this is a Battle Royale with RPG elements, Royal Crown also offers multiple heroes to choose from and unlock (the game currently has 15 classes with free hero rotation every week), NPC monsters to encounter on the map, character leveling, cosmetic skins for you to stand out above the rest, and many more. And to put that sweet cherry on top, the game supports cross-platform so whether your friends are playing on PC or mobile, you can still play on one server!

Answer the call of the arena and fight for survival and enjoy the thrill of endless fantasy adventure. Will you become a hero in this world of tiny villages, rifts, and fearsome deserts? Royal Crown is now in Early Access for Steam and Android. Freefall into the world of Royal Crown Now!