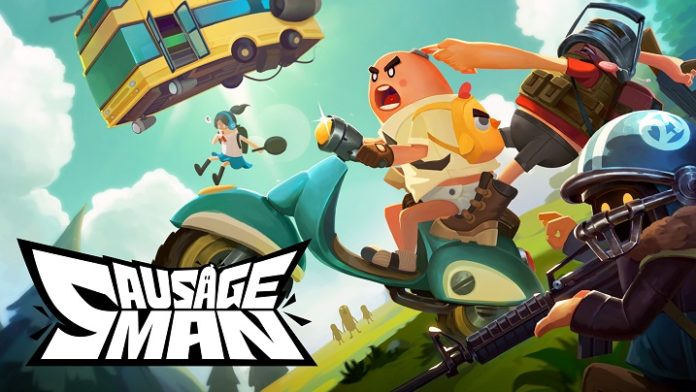 Over 6 million have joined the insanity, and now more Southeast Asian players can join in too!

Sausage Man, the newest battle royale online shooter from publisher XD, is now available in Southeast Asia. This follows an insanely successful soft launch in Singapore, Malaysia, and Indonesia, which has achieved over 6 million registered players and over 300 million TikTok views on #sausageman content. With these astonishing achievements, the time is now for more players in Southeast Asia to join the fun and experience the craziest battle royale game ever!

Within just three days, Sausage Man’s initial soft-launch on 29 June has shot it to the #1 ranking in the TapTap platform as well as App Store and Google Play Store in Malaysia and Indonesia. Millions of players have joined the explosive good fun thanks to the game’s 100-player battles, huge combat zones, customizable Sausage combatants, and flexible gameplay mechanics that let you hilariously dominate rival Sausages with clever wits and outrageous tricks.

In addition to hardcore gunplay with realistic bullet physics and weapon modeling, Sausage Man’s wild and weird battle royale gameplay features a variety of gadgets and map elements that give you the freedom to come up with your own ridiculous methods of owning the competition and showing everyone that you’re the craziest Sausage of all. Turn yourself into an explosive projectile by launching yourself with a cannon! Ambush your enemies by suddenly appearing behind them with wormhole grenades! Stomp across the battlefield in an exosuit that transforms into a jet-powered vehicle! Ride like thunder with your friends atop an overweight dragon, a rainbow-powered UFO, or a fire-farting pony! There are endless opportunities to experiment with all kinds of mind-blowing antics that push the rules to their limits.

Wiggle Wiggle Sausage Battle! Sausage Man is available now for Android via TapTap and iOS! Stay up to date with the latest game updates through their official social media page!