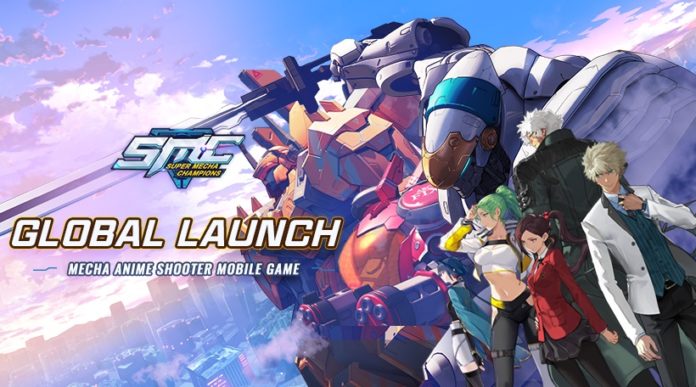 NetEase Games has just launched Super Mecha Champions, the Japanese-inspired action shooter mobile game for iOS and Android. This new game adds a mecha twist to the genre, allowing players to suit up and engage in high-action battles. It’s now available on the iOS App Store and will be released in the Google Play Store in the next few days.

Available to play in battle royale or team deathmatch mode, Super Mecha Champions drops players in an urban battleground where players can collect loot, build a unique weapon loadout, and compete to be the last fighter standing. You can battle on foot with nine unique gun classes or be in the pilot’s seat of giant robot mechas to take control of the battlefield and crush the enemy.

Features of Super Mecha Champions include:

● Exciting Combat: Strategically navigate the battlefield on foot and then board your mecha to engage in immersive, large-scale machine battles to take control of the field. Each character pilots a unique mecha that offers a different loadout and set of abilities for various styles of gameplay.

● Arsenal of Weapons: Players battling on foot can utilize a wide variety of weapons, including plasma cannons, homing missiles, sniper rifles, flamethrowers, and more. There are options to fit every playstyle!

● Team Battles: Team up with friends in team deathmatch mode to execute strategic battle tactics and expand your arsenal of weapons and abilities for a unique gameplay experience.

You can download the game by using this link: https://smc.onelink.me/o6KH/cc4d173

For more information about Super Mecha Champions, you can visit its official website and Facebook page. You can also watch the game trailer here:  https://youtu.be/C7T_wk3GeaA