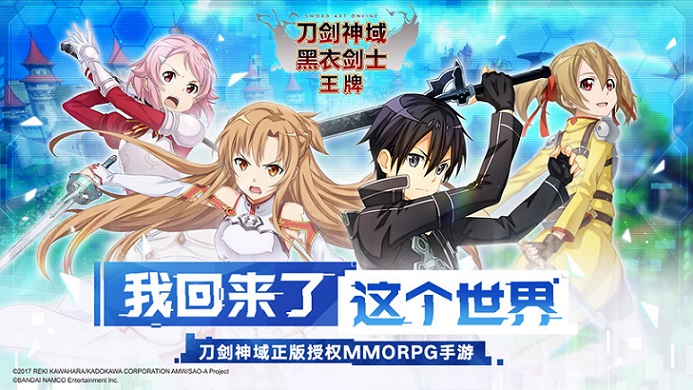 The highly anticipated Sword Art Online Black Swordsman: Ace mobile MMORPG based on the popular light novel/anime is now set to launch in China in June.

Officially licensed by Bandai Namco Shanghai, the game will follow the story of Kirito and Asuna during the Aincrad arc. Publisher Bilibli has stated that they have been optimizing the game since its last beta test﻿ back in January. A brand new slew of new events, weapons, and new gameplay features will become available when the game is fully released.

In the year 2022, the world’s first-ever full dive MMORPG game, Sword Art Online (SAO) finally came out. But in reality, it was a trap where 10,000 players cannot log out from the game. And if you die in the game, you die in real life.  What was supposed to be an amazing experience is now a living nightmare. Now players will be forced to clear all 100 floors of the floating city of Aincrad in order to log out from the game and come back to reality. If they can survive.

Sword Art Online Black Swordsman: Ace is set to launch on June 9, 2021, in China. No word on a global version just yet.