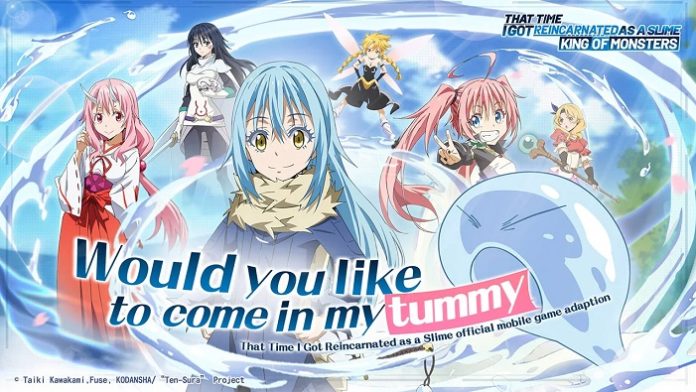 Tensei Shirata Suraimu Datta Ken or more commonly known in English as That Time I Got Reincarnated As A Slime’s mobile RPG game is getting an English version! Pre-registration starts now!

Tensura: King of Monster is a new mobile RPG published by Hoolai Games. It’s based on the popular light novel/anime series of the same name. The game is made in full 3D with cel-shading technology. Players can form their own monster party with their favorite characters from the series like Ranga, Shuna, Benimaru, Shion, and other Monster Federation members! Characters in the game are divided into different types: output, defensive, and assistant. You can arrange them in a 3×3 grid to bring their attributes and properties into play and display your strategic battle array! Additionally, if characters with a close bond are included in the team, you can combine their strength and perform a synergy skill that can unleash astonishing destructive force!

One unique feature found in the game is the Predator System, a unique skill that is taken directly from the anime where the Protagonist Rimuru Tempest can “devour” different item shards and materials to activate different combat attributes and skills! Like Rimuru in the anime, you can keep fighting and grow stronger! You can then choose from Rimuru core skills with different attributes and resistances and match them with different monster heroes to develop your own unique Rimuru!

Tensura: King of Monster is now in the pre-registration phase in the Google Playstore. Sign up now and get a free Shizue unit when the game officially launches! Befriend different monsters and build your own monster kingdom!