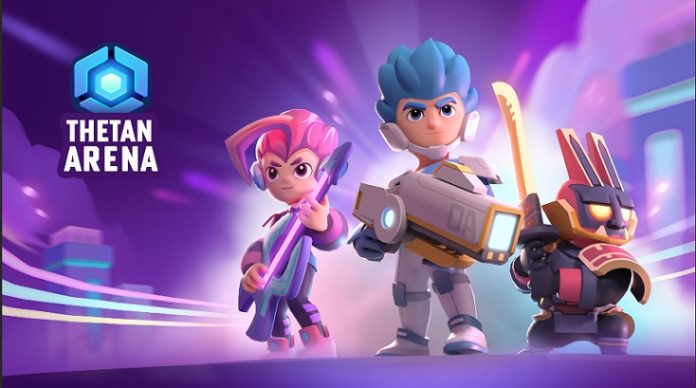 The world of gaming is slowly but surely transitioning to the blockchain space as more and more traditional game genres are adapting to the NFT world. Now even the highly competitive MOBA scene has broken into the space as publisher WolfFun announces the Open Beta phase for Thetan Arena, a blockchain game for android and iOS.

Thetan Arena is a Free-To-Play MOBA game that is designed to challenge your gaming skills and how well you work in a team. The main mode of the game is MOBA but Thetan also offers other modes. The developers, WolfFun have promised that monthly updates will be coming in the game along with attractive rewards to go with it to keep Thetan fresh and exciting for players. And since this is Play-To-Earn, players have the opportunity to gain cryptocurrency by trading or selling NFT items on their exclusive marketplace.

WolfFun has emphasized that the game will be friendly for all ages, from casual players who have just a few minutes to spend, up to hardcore who are looking for a real challenge.  Thetan Arena game modes include a solo/duo last man standing battle royale, PVP deathmatch up to 8 players, a gathering mode where you need to collect certain items before the enemy team does, and the MOBA mode where they call it the “Tower Destroy”.

Do take note that you need to have a Metamask Wallet to play the game. You can check their open beta guidelines for more information about the game and how to start playing. Gather your friends and get ready for battles cause glorious victory awaits you all there, in the Thetan Arena.