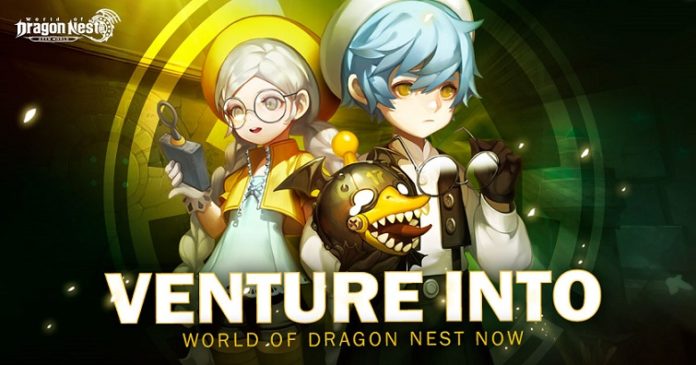 World of Dragon Nest (WOD) by Eyedentity Games and Nexon Thailand, has just recently released one of the most anticipated classes in the game: the Academic! With their high tech gigantic cannon and robot companion, they’re set to bring new levels of gameplay to the game! But here’s the big question: how does the Academic stand toe to toe with classes that came first in WOD? Here’s our review of the Academic class!

A soldier from the future

Originally from the future, the Academic is sent on a journey fifty years into the past on a mission to change the events that led to the destruction of Serendia’s realm. The Academic is a master of mid-range fighting armed with high-tech arsenal that allow it to unleash massive damage from cannon shells and grenades with specialized effects as well as cripple enemy movement! It serves as the symbol of the advancement of technology in the future, which it shows off through artillery attacks, alchemic-like warfare, and also through its trusty companion, the mechanical butler Alfredo.

It also has other skills such as crowd control, stun attacks, slow effects, silence, and it possesses the longest ranged attack ever seen in the game, even beating the Archer’s range. It also has amazing skill animation especially when summoning Alfredo or when it shoots down any enemy unlucky enough to be in its crosshairs.

The pros of choosing the Academic Class

The cons and what you need to look out for

The Academic is an absolutely fun class to play. Like all other classes in WOD, it has its strong and weak points and it all comes down to you, the player, and how much effort you are willing to give to master this class. If you like high tech weapons, an arsenal of gadgets to play with, and want a robot butler of your own, the Academic class is the one for you!

Along with the release of the Academic, World of Dragon Nest has also updated the game with new content. The max character level has increased from level 50 to 70, with an added role skill for every level 70 character. It has also extended the story mode Episode 4 with two new exciting chapters – the Dark Nest Vein and Hell Nest Manticore. There’s also a new level of gear Green Dragon, a new mount Wild Cat, and so much more! Plus, on March 2, 2020, be prepared for its special event with rewards worth up to $30,000.00! The game is available for both Google Play Store and App Store here http://bit.ly/WOD_DL