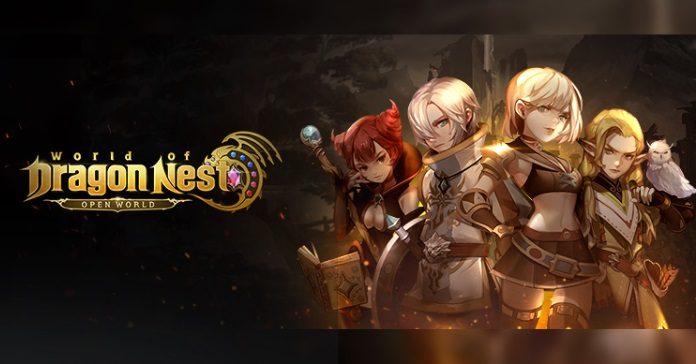 Ah, World of Dragon Nest. To say that it is one of the most hotly-anticipated mobile games is pure understatement. The game’s following is massive, and after it was announced last month that Nexon Thailand had finally gotten the rights to publish it in Southeast Asia, fans have been salivating over its impending launch!

And boy do we have some good news for you! Enduins was able to interview the game’s original developers – Eyedentity Games! And you’ll be able to read all the juicy information we’ve been dying to know about the World of Dragon Nest! So sit back, relax, and grab some snacks and read on below!

*some statements were slightly revised for brevity*

Enduins: What made you decide to make Dragon Nest transition from being a dungeon-based game to an open-world one?

Enduins: What does WoDN have to offer that will make players stick to the game?

Enduins: When WoDN was announced a few years back, cross-platform support was mentioned for the game. Will it still have it when it launches?

Enduins: Can you tell us more about the new exclusive class that will be introduced in WoDN?

Enduins: Dragon Nest has already established a huge world. Since this new game is now in an open world setting, are we going to venture off to new lands? Will the game expand on this?

Enduins: What brand new features will be introduced for Dragon Nest and which ones will be retained?

Enduins: Will there be a trading system in-game? (Market, player to player trade)

Enduins: Will there be a variety of Mini games to play?

Enduins: Previous DN titles that came to mobile were, sad to say, plagued with cheats and hacks. Have you added any measures to counter this in WoDN?

Enduins: Will it be free to play friendly?

Enduins: Mobile games have been a bit infamous for being “pay to win”. How do you plan to counter this?

So there you have it! A very detailed account of what we can expect from the World of Dragon Nest from the original developers of the franchise themselves! And we’re not done yet, as we have a second part to this interview that contains all the details about its release period! So go ahead and read Part 2 of our interview for all the launch goodies!