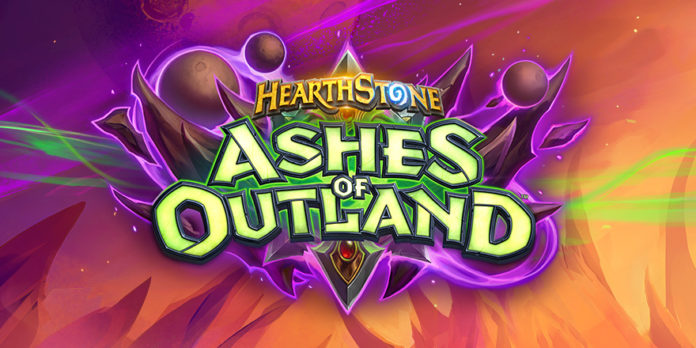 The Year of the Phoenix officially commences with the release of Ashes of Outland, the new expansion for Blizzard’s smash-hit digital card game Hearthstone. Inviting players to venture beyond the Dark Portal and into a brutal, war-torn realm, Ashes of Outland shakes up Hearthstone with 135 new cards that feature the wicked monstrosities, grim personalities, and fel-infused spells and artifacts native to this shattered world.

Ashes of Outland introduces a total of 135 new cards to the game, including Primes, a new type of Legendary minion designed to make a lasting impact on a match. In their initial forms, Primes are strong, economical early-to-midgame minions; upon leaving the board, they’re shuffled back into a player’s deck in a vastly upgraded form. Players will also have to contend with Imprisoned Demons. Initially “dormant” for two turns and unable to attack or take damage, these powerful minions unleash match-shifting effects once they’re activated.

The Year of the Phoenix Commences

The Year of the Phoenix brings some of the biggest fundamental changes that Hearthstone has seen to date (with more to come):

Players who log in to Hearthstone can complete a chain of quests to earn a total of six card packs: three from Ashes of Outland, and one each from Descent of Dragons, Saviors of Uldum, and Rise of Shadows. The first quest in the chain is available today, with the second and third to follow on April 8 and 9. Furthermore, all Hearthstone players get the Legendary minion Kael’Thas free if they log in between now and June 29.

Riot Games hinting at a new potential LOL game with Among Us gameplay.