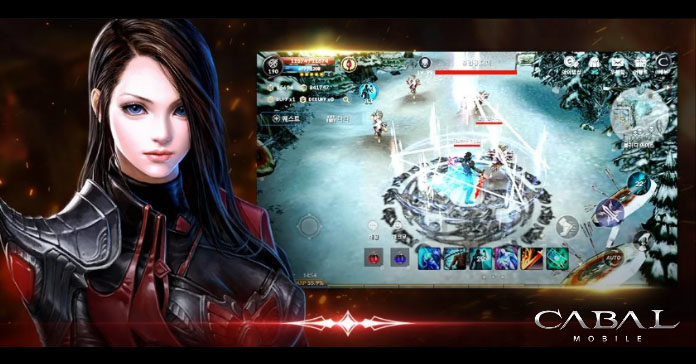 Cabal Mobile made a huge buzz in the gaming world when it was officially announced by EST Games. The CBT was short but it was enough to make a huge impact for old and new Cabal fans, leaving them with a very good first impression and positive feedbacks. Still, many players, especially those who were not able to participate in the CBT, are left with questions and inquiries about the game. Thus, we here in Enduins made a FAQ for all you, Caballeros! Read on to find answers on the most frequently asked questions for Cabal Mobile.

Who’s the publisher of Cabal Mobile?

What are the system requirements for Cabal Mobile?

What is the current status of Cabal Mobile and its CBT?

Will there be an iOS CBT?

I played in the KR CBT. Will my data carry over when Cabal Mobile officially launches?

Will there be any changes to Cabal Mobile when it officially launches?

Which language will Cabal Mobile support when it launches?

Will it be available to download in the Google Play Store and iOS App Store?

Is there any information about the server system for Cabal Mobile?

Will there be a trading system in Cabal Mobile?

Will there be an English/Global version of Cabal Mobile?

When will the English/Global version of Cabal Mobile be available?

Cabal Mobile is shaping up to be one of the best mobile MMORPGs. It has stealthily sneaked up on the likes of Black Desert Mobile and Ragnarok Mobile to become one of our most anticipated MMOs yet. We hope this FAQ has helped you find an answer to some of your questions about Cabal Mobile. Don’t forget to follow Enduins as we will be updating this page as we get more information for Cabal mobile!