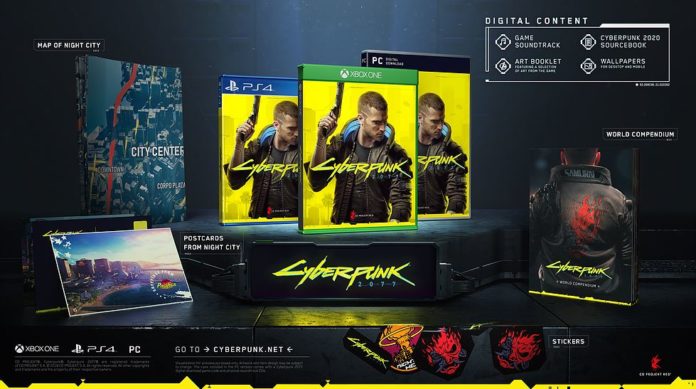 MANILA (25 May 2020) – Epicsoft Asia Pte Ltd, the regional distributor of CD PROJEKT RED’s much-anticipated video game Cyberpunk 2077 in Southeast Asia, announces that it’s giving away special items with every Pre-Order of the standard retail version of the game.

With less than 4 months to go before the official launch, gamers who pre-order Cyberpunk 2077 Standard Edition for PC, PlayStation®4(PS4) and Xbox One in Malaysia, Philippines, Singapore, Thailand and Indonesia, will receive one complete set of “Gangs of Cyberpunk 2077” woven badges.

The set features the symbols of the 7 gangs of Night City (whom players will encounter in the game), as well as the redbird logo of CD PROJEKT RED.

These badges, embroidered in fine detail, can be easily affixed on a player’s gaming rig, laptop, smartphone, backpack or jacket. They come packaged in a themed cardboard holder with background descriptions of each of the gangs, lifted off the pages of the World Compendium that’s included with every retail boxed copy of the title.

Along with the badges, those who pre-order the retail boxed PC version of the game will enjoy an exclusive metal keychain featuring the Tyger Claws gang. The keychains will be offered while stocks last, so players who wish to snag this official freebie better not wait!

The Early Bird Offer will only be available during the Pre-Order period for the retail version of Cyberpunk 2077 Standard Edition, starting May 18th 2020 and ending September 7th 2020.

The “Gangs of Cyberpunk 2077” woven badges are guaranteed for all pre-orders of the PC version but will be on a while stocks last basis for the Playstation©4 and Xbox One versions.

Players can pre-order the Playstation©4 and Xbox One versions through stores listed on Epicsoft Asia’s Cyberpunk 2077’s website, www.epicsoft.asia/cyberpunk.

The PC version pre-order is available online through Datablitz at https://ecommerce.datablitz.com.ph/collections/preorder-cyberpunk-2077

Alternatively, customers can physically pre-order the game at participating retail stores once the Covid-19 partial lockdown is lifted later in the year.

Some retailers, particularly online retailers, may provide other incentives or no incentives to pre-order the retail version of the game from their stores. As such, customers are highly advised to check with their retailer before pre-ordering, to ensure these premiums are included.

The offer is only available with the retail boxed versions of Cyberpunk 2077 Standard Edition, and not offered for Digital versions or from third-party retailers of Steam© game codes.

The retail version of the Windows PC Standard Edition comes packaged with a game code that requires the player to install the game from the publisher’s PC games platform GOG.com.

To recap, the retail version of Cyberpunk 2077 Standard Edition for PC comes with the following physical items:

The retail version of Cyberpunk 2077 Standard Edition for PlayStation®4 and Xbox One comes with the following physical items:

All versions (Retail and Digital) of the game come with these Digital goodies:

The physical retail versions of Cyberpunk 2077 Standard and Collector’s Editions are priced as follows:

More information about Cyberpunk 2077 can be found at http://www.cyberpunk.net. Please follow @CyberpunkGame and @CDPROJECKTRED on Twitter for the latest updates.

3 on 3 FreeStyle: Rebound basketball will be globally launching on Steam this July!