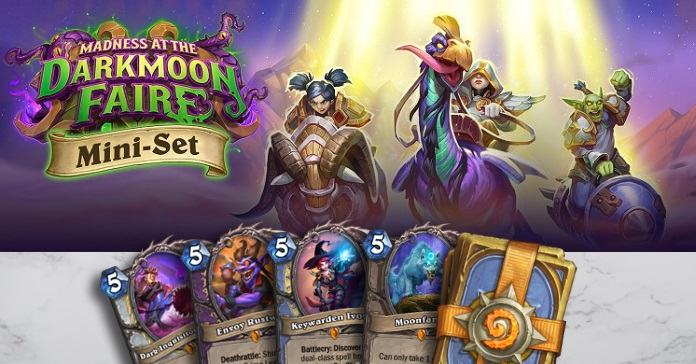 Fasten your seatbelts, and keep all limbs (and tentacles) inside your vehicle at all times! The fastest, most dangerous competition in Azeroth: The Darkmoon Races is happening!

Celebrate the Year of the Phoenix with returning card mechanics from Ashes of Outland, Scholomance Academy, and Madness at the Darkmoon Faire. Ready yourself for dormant dangers, spell bursting racers, dual-class cards, creeping corruption, and more!

Raised with the expectation he would follow in his father’s footsteps, Prince Anduin has instead forged his way through the grace of the Light. He learned to wield holy magic as well as a sword, making him a unique figure among the royalty of Azeroth. Thus armed, Anduin has embarked on numerous adventures as far away as the storied realm of Pandaria and as close as the decaying ruins of Lordaeron.

Book of Heroes: Anduin is the fifth chapter in Hearthstone’s Book of Heroes and is also completely free to all players. Completing this adventure will award 1 Priest Pack, containing only cards from the Priest class.

For more information on everything new coming to Hearthstone, visit their official website! See you at the tavern!