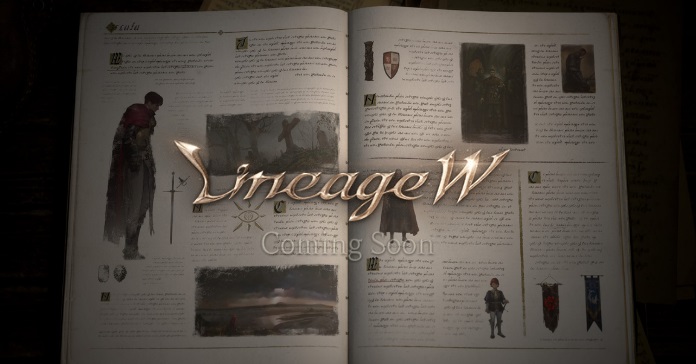 Popular game developer, NCSoft has recently announced that they are making a brand new entry to their successful Lineage game franchise. The upcoming game will be titled Lineage W, a brand new MMORPG that, for the first time in the company’s history, will prioritize the Global audience first.

No, you didn’t misread that. A South Korean-based game developer is targeting the global audience first. It’s usually the other way around where gamers outside KR would wait one or two years before a popular game finally gets an English version. NCSoft has long since expressed its desire to focus on its global audiences since Lineage became massively popular outside South Korea and that is where they found their success. It would appear that they are finally pushing through this Endeavor with Lineage W spearheading their goals.

As for the game, nothing much has been revealed about it yet, only that it will merge the concepts of the original Lineage Online PC version and the fairly recently released Lineage M (Mobile) into one ambitious MMORPG. NCSoft has also launched a teaser site where you can read up on the concepts and lore about Lineage W. You might even find clues as to what the game’s main storyline will be about. Suffice to say, it’s worth a visit as the visuals and story are very intriguing.

Industry analysts have pointed out that this is a big swing against their competition and we really can’t blame them as what their up against is really tough, with Kakao Game’s Odin: Valhalla Rising becoming the biggest MMORPG in recent history, while other big game titles are already preparing to launch soon like PUBG: New State, and Netmarble’s Seven Knights Revolution, all of which are targeting the global audiences as well. With Blade & Soul 2 already preparing to launch in August, NCSoft needs another game to stomp the competition, and Lineage W might just be the one they need.

Lineage W is planned to be released for mobile devices. NCSoft has announced that more details about the game will be revealed through an online showcase that will be happening on August 19, 2021. Lineage W is still in development but NCSoft has firmly said that they are rushing to finish the game as soon as possible to gain an advantage against their competitors. To learn more about the game, visit their official teaser site.