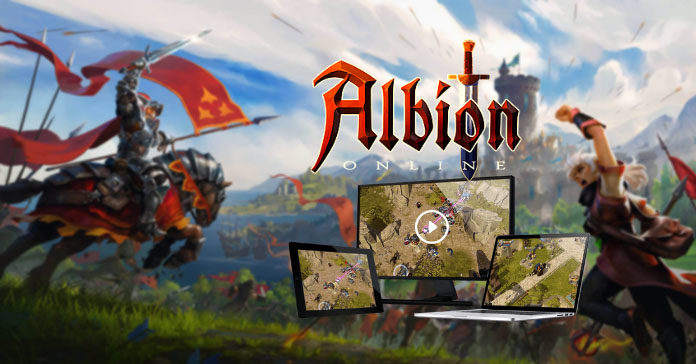 The pay to play fantasy sandbox MMORPG, Albion Online is now free to play. The news of the business model switch has attracted new players who weren’t able to experience the game just yet and veteran once who wants to relive their experience in Albion. Who could blame them? The game is challenging and borderline hardcore, yet you won’t even notice you’re already having fun playing it.

Before we dive into Albion, existing players wouldn’t need to worry about their game progress as you can still continue playing as usual, while the premium system remains unchanged and will still be purchasable with real life money or in-game currency. For the uninitiated new players, here’s a brief run through of Albion Online. It is a medieval-themed cross-platform sandbox MMO made by developers Sandbox Interactive, a studio based in Berlin, Germany and was first launched in 2015. It has a classless combat system, meaning you can use any weapon you want and become any class you wish (if there is actually any in Albion). The game ultimately lets you decide what you want to become. Either be an adventurer, a hero, or even just a humble farmer. But there is a very in-depth skill system that you can tinker around so your character can ultimately choose a path down the road.

What sets the game apart from current MMOs is its player-driven economy. Almost all items in the game are player-made, from basic tools, potions, home decors, to powerful weapons, and mighty gears. You can buy items, made by other players, sell your own crafted items, or trade in the marketplace. You can even craft your own home, attach a store on it, set up your very own shop, and sell your items there. Wanna sell helmets? Go for it! Who needs NPCs, right?

Players who are more inclined to do battle will also have a place in Albion. There are player-led guilds you can join or create yourselves, massive PvP battles to participate in, and the more intense territory wars where guilds will proceed to wreck each other and conquer lands in the world of Albion and claim it for their own.

Free players will have no gameplay restrictions and can take part in all aspects of the game. There’s a ton of changes and patches in the game veteran players need to know, you can check them out here. players to Albion Online is available for Windows, Mac OS, Linux, and Android. You can download the game here. The game is also available on Steam. Visit their official website for more info.

As of this writing, there have been reports that trying to enter the game has been really hard. It is to be expected since its a day one F2P access and servers are probably bottlenecked by now. Do not be frustrated and try to connect again after a few hours or so. And as always, don’t forget to follow Enduins, your source for gaming news and information!