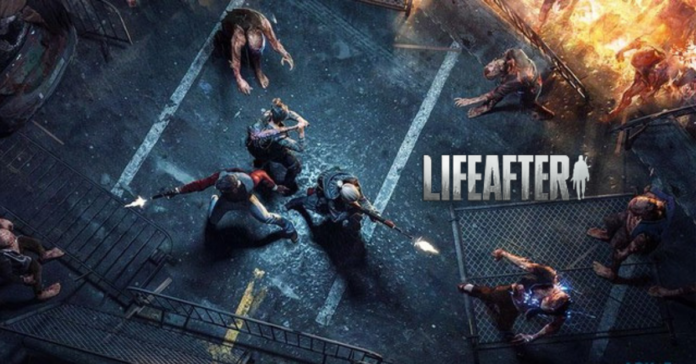 Netease Games has been ramping up their mobile game titles these past few years, covering all types of genres from RPG to battle royales and now, even survival crafting with LifeAfter. LifeAfter is their newest mobile game where players will have to survive on a post-apocalyptic world full of zombies and danger. And recently, Netease announced that the English version of the hit game is going to be released very soon.

LifeAfter, originally known as Day After Tomorrow, is a survival crafting RPG that takes place in the near future where a mysterious deadly virus has spread across the world, infecting people and turning them into zombie-like creatures. Life as we know it was devastated by the virus, and now the survivors of the apocalypse are fighting to see one more day. Diseases, hunger, the infected, the harsh environment, and mysterious organizations with unknown motives threaten the lives of the very few people that are left alive, and you as the player, will be one of them.

You will need to go through the ruined world, explore the abandoned and dangerous places like mines, campus universities, tree-filled highlands, and gather anything and everything that will help you last longer. Players must find resources and collect them, hunt, farm, cook create medicine, and craft weapons and gears to protect themselves. The element of a survival game is present with the usual hunger meter and fatigue which needs to be maintained.

Thankfully, you can play with other survivors in real-time and band together to stay alive. Plus, in true movie-like fashion, you’ll get a pet dog, so you’ll never be alone. Players can also trade, buy, sell and share items with each other, like ammunition, materials, and food. And of course, there’s also base building. You can pick a spot in the safe zone and construct your home base from the ground up. The best thing about it is that you can actually live together with your friends in your base and survive together.

The game leans heavily on multiplayer gameplay and going on solo will be very hard, so players will be somewhat forced to find friends and clans as some of the main features can only be accessed via the friends and clan system.

LifeAfter is set to be released in English in March 2019. You can visit their official website now although it’s still in Chinese. But don’t worry, you can be assured that any information about this anticipated game will be available first here in Enduins.