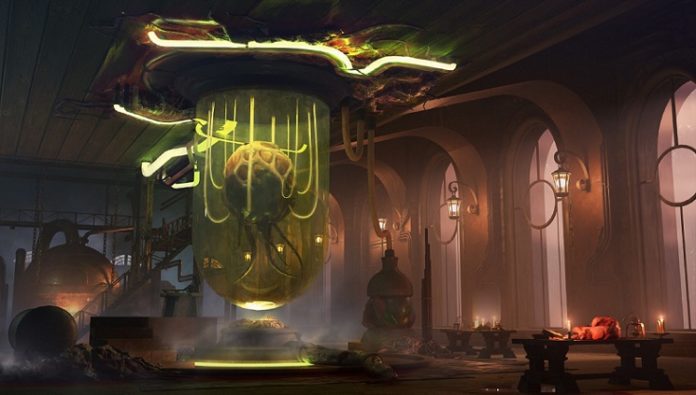 Netmarble CEO Young-Sik Kwon and Seung-won Lee have announced that their North American subsidiary, Jam City, has established a blockchain-only department and has now unveiled their first foray into the blockchain-based mobile game with Champions: Ascension.

Champions: Ascension is a true AAA play-to-earn game developed by Jam City exclusively for Web3. Step into Massina: A player-driven fantasy world where the rewards are as real as the risks. Collect and create unique NFT Champions, battle other players for vast riches, and stake your path in a developing token economy. In this world, ritual and battle are one and the same. And legends are written in the Colosseum Eternal. Bring honor to your house by competing with other players for fortune and glory.

Champions: Ascension will be a Play To Earn (P2E) game based on Web3. For those unaware, Web3 is a decentralized intelligent web blockchain. The game is characterized by being able to acquire rewards through battles with other players within a user-centered fantasy worldview and possess them in the form of Non-Fungible Tokens (NFTs).

Players will engage in strategic, high-stakes decision making, allowing them to outsmart, outmaneuver and overpower opponents via visceral gladiatorial combat. There are a number of features players can enjoy in the game:

Before Champions: Ascension officially launches, Jam City plans to sell 10,000 limited editions NFT champions called Prime Eternals. The collection consists of the highest Ascension tier champions in the game. By owning it, you can not only earn high profits in the game in the future but also get various perks that other players cannot use.

You can try and join the pre-sale now and learn more about Champions: Ascension along with their medium and roadmap through their official website.