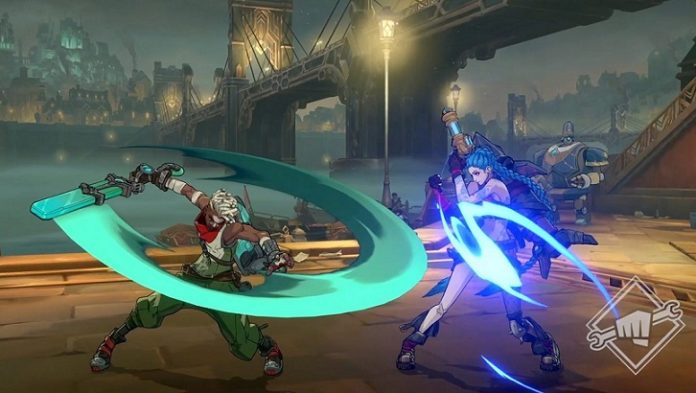 Riot Games has been hitting the ballpark with their latest games and spin-offs lately. From Wild Rift, Music Videos, a Netflix series, and a bunch of spin-off games like the recently launch Hextech Mayhem, all of which have been received with so many positive reviews and greeted with enthusiasm from the LOL community. Now Riot is swinging for another home run as new details and gameplay footage has been revealed for Project L.

Project L is a brand new spin-off game from Riot Games consisting of your favorite champions from League of Legends. It was revealed back in 2019. Set in the world of Runeterra, players will control Champions in a beat-em-up arcade-style fighting game. There will be various playable stages, inspired by the different areas of Runeterra.

As seen from the video featuring Jinx, Ekko, Darius, and Ahri, Project will be a 2-team assist type fighting game where you have your main fighting character and another champion that will assist during combat. This basically opens up a bunch of possibilities in regards to doing combos and meta gameplay.

As for the development side of things, Senior Director and Executive Producer, Tom Cannon said that the core gameplay, mechanics, controls, and other aspects of the game are good to go, but the team still needs to build up the roster, stages, menus, and interface before it’s ready for live service.

“The gameplay clip that we aired at Undercity Nights back in October 2019 is still what the gaming industry calls a ‘vertical slice’. We built this to hammer out the final look of the game, in advance of actually going in and building all of our content like characters and stages. Our vertical slice might give you the sense that the game is ready, but we actually still have a lot of work ahead of us. So, although we’ve made a great deal of progress, we will not be shipping in 2021 or 2022.”

While there is no word as to when Project L will release, there’s still a bit of comfort knowing they’re not rushing the game and trying to polish it as much as they can before live service. We can assume that the game won’t be able to play until 2023 at the earliest.