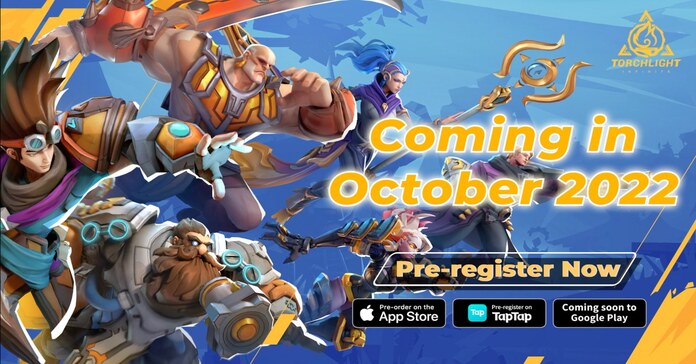 Game developer and publisher X.D inc is excited to announce that the open beta for ARPG “Torchlight: Infinite” is launching in October! A brand new CG trailer just launched that gives players a taste of what to expect in this new installment of the “Torchlight” legacy.

Based on lore from the original “Torchlight,” players can experience a new story in an apocalyptic era where danger lurks around every corner. A team of Torchlight heroes is on a mission to prevent an invasion of darkness and protect innocents who have been forced from their homes. The game will revolve around key characters including the Aemberons, evil creatures born from the Aember, and the Sparks, the hope of the world of Torchlight.

Additionally, players are able to obtain precious loot from grinds, instead of having to rely on a stamina system or daily quests. The rarer the gear, the more unique and powerful the affixes are. “Torchlight: Infinite” also has an in-game trading system where all items can be traded to other players.

Ready to embark on a new age of “Torchlight?” Pre-register now for the “Torchlight: Infinite” open beta, launching this October. The game will be available for PC, Android, and iOS. For more info check out the official website.