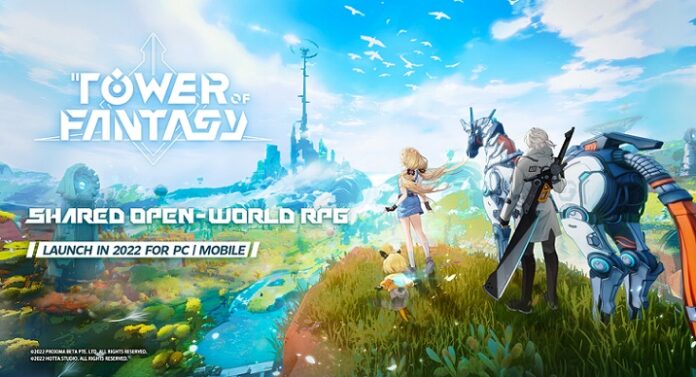 Developer Hotta Studio and Publisher Level Infinite have recently launched the Limited Closed Beta Test for the highly anticipated Open World cross-platform anime RPG, “Tower Of Fantasy!” With its sci-fi setting and unique Open World experience, the game has been touted as an upcoming rival to MiHoYo’s “Genshin Impact.”

Explore The Distant Planet of “Aida”

Set hundreds of years in the future on the distant planet of Aida, the open-world action of Tower of Fantasy has been a hit with gamers in China, and in 2022 overseas players will get to join in on the thrilling action. Ahead of the full launch, players participating in the Closed Beta Test will be able to explore the game’s open-world setting, experience its thrilling combat, and become immersed in its compelling narrative.

Get To Know The Main Characters

“Tower Of Fantasy” will feature a diverse cast of lovable characters, each has their own personality and background stories. Get to know each one of them, master their skills and abilities, and begin your journey in the world of Aida.

“Tower Of Fantasy” is scheduled to be released in 2022. There’s no specific launch date yet but it seems that Level Infinite plans to gradually launch the game to different countries throughout the year. It will be available for both PC and mobile devices with cross-platform support. To learn more about “Tower Of Fantasy,” visit their official website.