Southeast Asia braces to experience one of the most successful and exciting AAA games in the world. ArcheAge, a global MMORPG blockbuster.

This open-world MMORPG hit is one of the most immersive and feature-packed games ever to be released on PC. With limitless worlds, deep crafting, massive PVP, trainable mounts, extensive housing system, trading, and even flight, players from the Southeast Asian region will now get the chance to adventure in the world of Erenor. 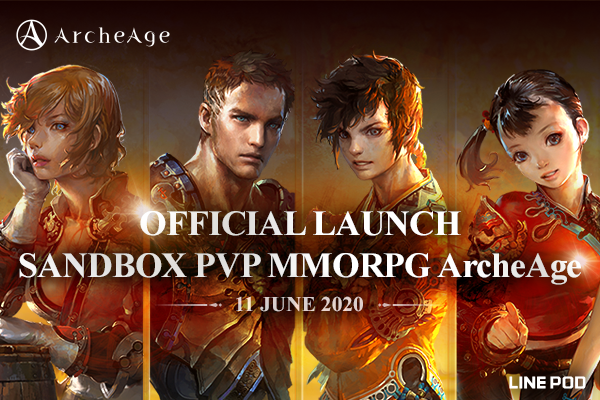 Thursday, June 11, 2020 – On January 2013, XLGAMES, one of Korea’s most prominent game development studio headed by legendary CEO, Jake Song, launched ArcheAge official game service in Korea. Fast forward to 2020, the global hit game now spans 64 different countries including Japan, Russia, North America, Europe, and China. With more than 25 million registered players, ArcheAge is officially launching in the Southeast Asian region today and is available for the Philippines. With the official game launch in Southeast Asia, ArcheAge is establishing itself as a true global AAA game title.

ArcheAge (which will be serviced in English, Thai and Bahasa Indonesian languages) is preparing for exciting giveaways and various events exclusive to Southeast Asian players to commemorate the launch, along with game content that provides a high degree of gameplay freedom.

Jake Song, CEO of XLGAMES and the Executive Producer of ArcheAge, in a video footage released earlier said, XLGAMES will directly service and publish ArcheAge in Southeast Asia. Utilizing its experience in development and operations gained throughout the years, he promised Southeast Asian gamers one of the best RPG experiences they will ever play on PC. With the deepest and most immersive open-world MMO, players will be able to live their virtual life in the world of Erenor with the utmost freedom.

More details about ArcheAge SEA are available on the official ArcheAge SEA Facebook fan page. Also, visit their official website for more information. Forge your own path, create your own world, and set forth into a grand adventure in ArcheAge SEA! See you in Erenor!