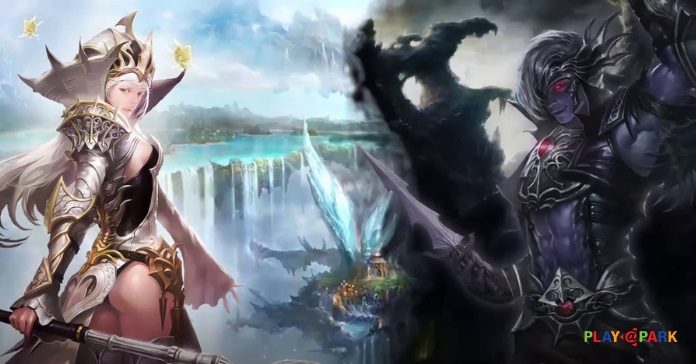 Southeast Asian game publisher, Playpark recently revealed that they have acquired the publishing rights for the classic PC MMORPG – Shaiya Online – and will be starting their Closed Beta Testing period very soon.

Shaiya is a 3D Fantasy MMORPG which focuses on the conflict between two factions at war with each other for the land of Shaiya. Players choose between the Alliance of Light who keep the forces of evil at bay, or the Union of Fury where players give in to their innermost fantasies of becoming an evil antagonist. Each faction has three races and six classes to choose from, though each race is restricted to two classes each.

The game was originally published by Aeria Games and was first launched back in December 2007. It takes inspiration from other MMOs namely Lineage 2 and World of Warcraft.

Guardian/Defender – tank class with high vitality points. Can dish out and reflect damage back to their enemies.

Hunter/Archer – long-range specialists who can use bows, crossbows, and javelins. Has very good accuracy, meaning they will almost never miss a shot.

Warrior/Fighter – Melee combat specialists with the widest variety of weapons in the game. Usually found in the frontlines, dishing out physical attacks with high damage output.

Assassin/Ranger – adept in hit and run tactics as well as ambushes. They can use stealth and disguise, short blades or claw weapons. They can even disguise themselves as harmless creatures..

Oracle/Priest – the main healers in the game and the only classes capable of resurrecting other players. They are arguably the most important member of any party and always a must-have for any group.

Pagan/Mage – master of elemental magic. They can dish out a multitude of spells including single target and devastating AoE attacks imbued with the power of earth, water, fire, and wind.

Key features of Shaiya Online include:

Shaiya Online will be available for Indonesia, Malaysia, Singapore, Thailand, Vietnam, and the Philippines. Closed Beta Testing period to be announced soon.