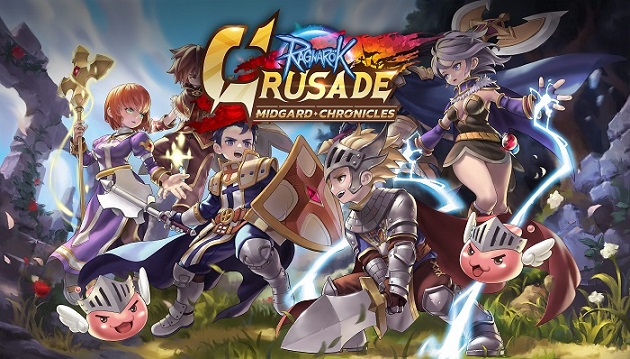 Introduced during G-Star 2019, Ragnarok Crusade: Midgard Chronicles is a brand new take in the RO game franchise. The game will be a side-scrolling 3D action RPG that will be released for the PC platform.

Unlike other PC games, RO crusade’s controls will entirely be via keyboard. Cursor keys for movement, letters for skills including jump, and number keys for item quick-slots. The game allows you to assign multiple skills which are really handy since they all have different cooldown timers, but more importantly, skills can be sequenced to perform combos. Just like any other side-scrolling RPGs, you’ll need to plow through a wave of enemies with the boss waiting at the end of the stage. The game has a level of complexity with you having to figure out which skills can be chained properly and dodging attacks from enemies is almost a necessity since they punch hard.

Ragnarok Crusade was introduced as a Player versus Player focused game, so expect some really heavy multiple PvP modes down the road.

The game will be fully rendered in 3D and will be set 100 years before the events of the original Ragnarok Online, players will be transported smack dab in the middle of the ensuing conflict between the factions of Rune Midgard and the Republic of Schwartzvald. Uncover the story of Arunafeltz, and the pope serving the Goddess Freyja while progressing through the game. Despite being a side scroller game, Ragnarok Crusade will still retain the franchise iconic aesthetics and atmosphere that RO fans would surely recognize but would still feel new nonetheless.