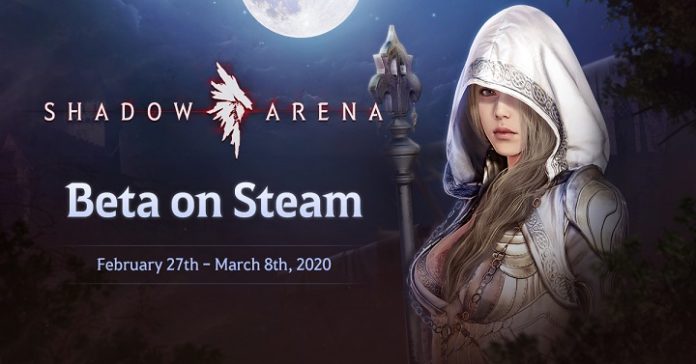 Seoul, South Korea—Pearl Abyss has recently announced that Shadow Arena, dubbed as “Fantasy Arena Fighter” from the creators of Black Desert, will be available on Steam for a global Beta test that will run from February 27 to March 8. With successful tests in Korea and Russia, this global Beta test will reach more players across the globe and offer improved gameplay features and support in 14 languages, including English, Thai, Indonesian, and Turkish.

Starting February 27, players can experience the Fantasy Arena Fighter where 40 players compete against each other to be the sole survivor. It’s basically a battle royale. During matches, players can grow stronger by hunting monsters or acquiring and upgrading items. Players can choose among various unique fighting styles by selecting one of nine characters: Jordine Ducas, Ahon Kirus, Yeonhwa, Gerhard Shultz, Haru, Herawen, Goyen, Orwen, and Badal the Golden.

Shadow Arena offers both Solo and Team Modes. Players can show off their individual combat prowess by going solo or devise complex strategies by playing as a team. They can also hone their skills with any selectable character through Practice Mode or play with select groups of people in Private Matches. Regardless of what mode is chosen by players, impeccable skill execution and evasive maneuvers are critical to turning the tides of battle and ultimately secure victory.Shadow Arena is planned for release on PC during the first half of 2020 and is expected to launch on console sometime thereafter. Players who are interested to participate in the Beta test can sign up on the official website until February 24. Do you think Shadow Arena will be the next big battle royale title to come out? Can it topple the big three (PUBG, Fortnite, and Apex Legends) of battle royale and change the BR meta as we know it? Leave a comment and tell us what you think!