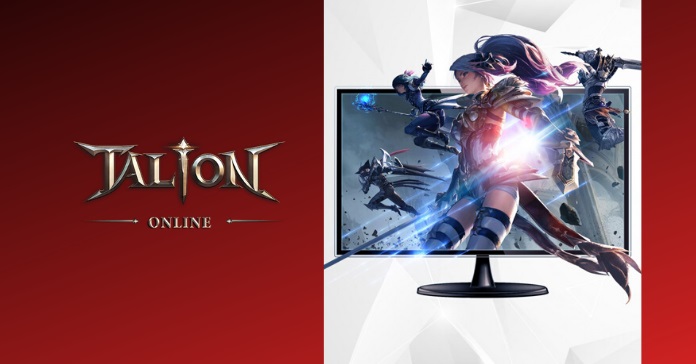 From mobile to PC!  Talion Online has now entered soft launch phase in selected countries for Southeast Asia! Originally published by GAMEVIL for mobile, Talion Online aims to conquer the PC platform next with its next-generation graphics, intense gameplay, and heart-pounding PvP action! Choose your faction and destroy the opposing side!

The world of Talion

The powerful Demon Aradune rose and brought destruction upon the world by releasing an evil dragon 200 years ago, but with the sacrifice of the Goddess Planerin, the world Nar was protected by summoning her own dragon protector. The earth and the sky shattered beneath the might of the Guardian Dragons’ battle. When their clash came to an end, they fell into an everlasting sleep deep within the earth. Those who were brought to them by the hand of fate each drank the blood of one of the Guardian Dragons.

Those who drank the blood were divided in their beliefs on how to restore the ravaged land. Aegis, the alliance of the Shield of Protection, pursues absolute freedom. Bident, the alliance of the Flame of Judgment, pursues invincible power. Thus, like the Guardian Dragons whose blood flowed within, the two alliances became destined to oppose each other.

Talion Online was originally released for mobile published by GAMEVIL. Despite a promising start, the game failed to capture the community’s attention. It’s currently barely floating below the must-have 4.0 app store rating. It also ran into some accusations, especially with the assets used in the game as many gamers pointed out that the majority of these were reused from another mobile game by UT+ called Shadowblood, and that the developers were being “lazy” for recycling them. But despite these hurdles, they seem to be determined to make Talion a success by moving it to the PC platform.

There are 4 gender-locked classes in the game: Kyle the Warrior, Velletrin the Assassin, Pell the Mage, and Aizen the Gunslinger. As you’ve guessed by now, each one has their own playstyles, skill sets, and specialty. There’s a customizing system where you can set up your character’s appearance. You can adjust not only hair and body type but also details of face which at least gives you a small wiggle room to make you stand out from the rest.

Talion focuses more on Faction versus Faction which is why there’s a lot of PVP options to participate in including:

Additionally, there are PvE dungeons where you can enjoy single play and multi play with other players. Each dungeon has a limited number of play times a day and provides the materials needed for growth as a reward. The open field will let you enjoy free combat and various contents. Enjoy more fun with regular monsters that always appear, as well as battles with field boss and raid boss that appear at a given time! Also, for higher level fields, you can move to enemy Alliance territory through exploitation quests. However, don’t let your guard down because the enemy can also enter your Alliance territory and make a sudden attack.

Talion Online is now available to download for the Southeast Asian region. Your data during the soft launch period will be reset upon official launching. Visit their official website for details on how to install the game and the minimum specs it requires. Time to prove your mettle, defeat the threats that stand before you, and make your faction proud! Become the dominant entity in Talion Online!