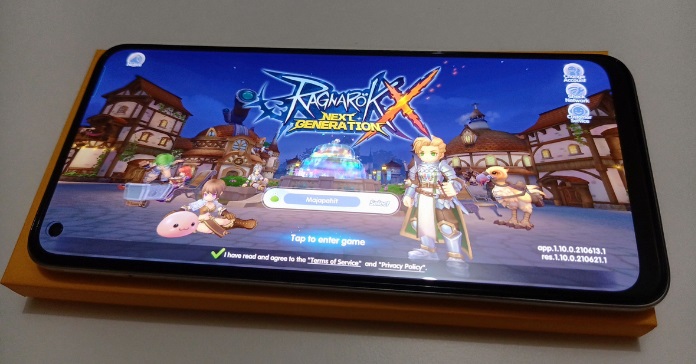 In a gaming world populated with titles whose only sole purpose of existence is to suck out every bit of cash out of your wallet, Ragnarok X: Next Generation doesn’t look any different from the rest of them. That is, until you dig a little further, experience the game, and learn that its monetization scheme is like a breath of fresh air. ROX has found a format where free players can still thrive and achieve anything a paying player could with just a bit more effort put in. And that may be one of many reasons why ROX is turning heads in the mobile gaming scene right now.

Ragnarok X: Next Generation is a new mobile MMORPG adaptation of the classic game Ragnarok Online. Published by Nuverse, the game has amassed 3 million pre-registered users within just a month. When it officially launched on June 18, it garnered more than a million downloads in the Google Play Store in a mere three days! ROX has tried to preserve the nostalgic atmosphere of the original Ragnarok Online franchise by bringing back the original soundtrack, gameplay mechanics, and story, but it also incorporates brand new features, going toe to toe with other modern mobile MMOs has to offer. This gives ROX a welcoming feeling for new and veteran players alike. [Download Here]

How does Ragnarok X Next Generation’s gameplay differ from other RO games?

Like any other modern MMORPG, ROX has implemented the old reliable auto-path system. Some hate this feature because it may take away the feeling of being engrossed in the game, while some love it as it makes your gaming life a helluva lot easier. Luckily, there is something for both sides. Sure, you can auto-everything the game but you will not last long in some features if you do so. A good example of this is the dungeon raids and boss hunts. If you go auto, you’ll have a hard time because you need to dodge the AoE skills of the bosses since they can incapacitate your character if you get hit.

The RO Life, a feature not present in previous RO titles, gives ROX some pretty interesting gameplay and strategic planning. Not only does this give you a break from all the monster grinding, but it also rewards you by receiving valuable materials for your effort and patience. These rewards can range from ingredients for cooking up to valuable items needed for upgrades.

And of course, ROX wouldn’t be an RO game without a wardrobe system. The wardrobe system allows players to collect outfits, headgears, and other accessories that will make their character stand out from the crowd while giving a little stat boost, but not too much that it’ll make it unfair for free players.

The only problem we encountered would be the Grand Opening events. It seems that many players misunderstood the mechanics of the events and failed to maximize the rewards they could have gotten. A little tutorial could have helped a lot in these instances. Event rules are fine and dandy, but it doesn’t hurt to have a bit of visual help as well.

Ragnarok X: Next Generation music: All the nostalgic soundtrack in all the right places

Probably one of the most memorable soundtracks in gaming history, ROX has used the nostalgic RO music to its full potential and implemented them in its rightful place in the game. From the iconic login screen to Prontera’s busy streets, Ragnarok Online’s soundtrack has been ingrained in every MMO player’s deepest memory. We can go as far as to say that a Ragnarok Online game wouldn’t be complete without it. As gaming history has proven time and again, nostalgia plays a big factor, and RO falls perfectly in that category. Funnily enough, it lessens the devs’ work since composing new music for a game takes time, effort, and money. It’s a win-win situation for players and developers alike.

ROX’s game menu is well organized and easy to navigate as they are categorized into sections. The health and mana bar is tucked in the upper left corner, giving users a quick way to gauge if they should use potions while character controls are the player-preferred joystick and skill wheel.

NPC characters are easy to find thanks to being placed in the middle of cities. The map also has an NPC list where you can check which area you can find a specific NPC you are looking for.

ROX has a bunch of cutscenes integrated into its storyline, but if you’re pressed for time, there’s always the skip scene button at the upper right of the screen. This button only appears when a cutscene plays. This comes in handy when you’re grinding in dungeon raids multiple times and don’t want to watch those mini clips over and over again.

Additionally, ROX has flexible options to accommodate every preferred game setting of players. You can adjust your game into power-saving mode, best performance, exquisite performance, and custom mode.

The only area that could have used some improvement is probably one of the crucial ones as well: The interface, which looks very cluttered. All of the game’s UI, including the HUD, menu buttons, mini maps, character status, etc. eat up almost 35% of your screen. One can argue that you can always minimize some menus and customize a few of the buttons, but this can only go so far. Menus are organized, but the overall look is messy and cluttered for a game meant for small screens.

Is Ragnarok X: Next Generation player-friendly to casual and non-competitive gamers?

ROX caters both to casual and competitive players thanks to it being beginner-friendly. The game doesn’t pour every single feature on you instantly. It will ease you into it slowly, teaching you each mechanic one by one to not overwhelm you. There’s also a step-by-step tutorial that you’ll need to play through.

Game instances have a degree of challenge as well which gives the game a level of immersion. As mentioned before, the game has an auto system but relying solely on this will give you some pretty bad results when it comes to dungeon raids, boss hunts, and so on. ROX pushes you to be better in these fields, making you a better player as well. Finishing instances gives you satisfactory rewards as well so there’s always a sense of accomplishment.

ROX’s monetization is separated into two categories, Diamond and Kafra VIP Card. The game has a gacha system but it’s not what we might call a Pay To Win game. Everything in the game can be either earned or bought. If you’re a free player, you can achieve what paying players can although you need to add more effort. ROX has its own economy due to abandoning the usual heavy gacha monetization we often see in other mobile games. This allows players to trade within themselves and the community by using the exchange center.

At the end of the day, we always remind players that games and the gaming industry at its core, are still a business. The reality is that companies make games to earn money, not to cater to a player’s whims. A game cannot survive if it doesn’t earn money, that’s why there’s always a need for some form of monetization. There are people behind these games who put a lot of work into giving all of us the games we enjoy today. It’s only when a game becomes too peppered with monetization schemes that we are often annoyed by the way they handle this stuff. Well, that’s why ROX is here.

The Pros and Cons of Ragnarok X: Next Generation